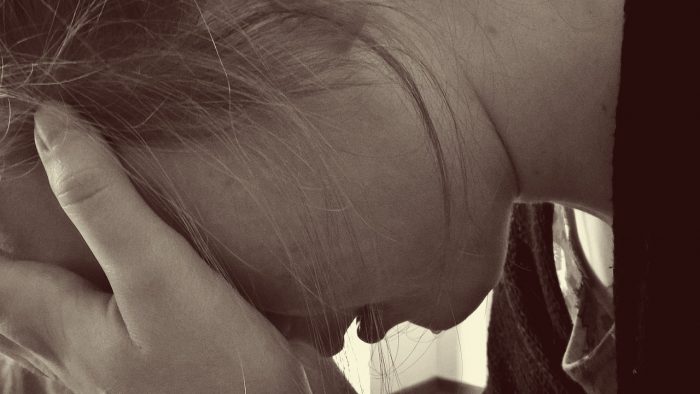 The middle class in America is being systematically eviscerated right in front of our eyes. I don’t normally do this, but today I want to share with you an email that was recently sent to me by a reader. I asked for permission to share her story with all of you, because I think that it will be encouraging for a lot of people out there to understand that they aren’t alone. In this supposedly “booming” economy, millions upon millions of American families are barely making it from month to month even though they are working as hard as they possibly can. But because the mainstream media has been endlessly touting “good economic news” for the last several years, many of those that are struggling end up believing that something must be wrong with them since they aren’t participating in all of the “prosperity”. But of course the truth is that almost all of the economic rewards have been going to the very top of the economic pyramid. Meanwhile, the middle class continues to shrink and more families fall into poverty with each passing month.

As you read the email that I am about to share with you, there are several things that I want you to notice.

#1 These people are not lazy. The husband has a good job for the area in which they live, and the wife is working very hard to bring in some online income as she takes care of the kids. So neither of them would be considered to be “unemployed”.

#2 They are also very frugal. They have cut expenses as far as they can, and they are still not able to make ends meet.

#3 They are being crushed by medical bills. Our healthcare system is a completely and total nightmare, and there are no solutions in sight. Thanks to the Democrats, soaring health insurance premiums are absolutely crushing middle class families. And the Republicans have had almost two years to try to fix things, and they have completely failed to get anything done. Shame on all of them.

#4 Almost everyone that they know is on government assistance, and so far they have resisted the urge to follow suit. Right now, more than 100 million Americans receive assistance from the government every month, and we are rapidly being transformed into a full-blown socialist nation.

I could say so much more, but let me get right to the email. This story really touched my heart, and I know that it will touch your heart as well…

I and my husband have been reading your blog for five or six years now. So many of your articles sound just like us, and I just wanted to share our situation and perspective as conservative Christians who were actually taught Biblical handling of money. Hopefully it will help you with your writing!

Unlike most millennials, we came into marriage with no debt and a decent savings. We have always lived on a strict budget that usually doesn’t include clothing or eating out; most of the time it doesn’t even include saving! We have never used credit cards. I am very frugal, shopping by what’s on sale, buying in bulk, cooking from scratch, and often doing without. We eat beans more than anything else. We own one vehicle, and half the time have to borrow a car from family because ours breaks down and we don’t have the money to fix it.

We work hard. My husband works for the county more than full time, and makes quite a bit more than most jobs in our area (minimum wage is 8.25 here), but a third of his check goes straight to taxes. I worked outside the home before we had children, and now have a blog and an online business that make a few hundred a month on average. We also work hard growing a large garden and keeping a few animals for food.

Unfortunately we just can’t make ends meet. We’ve used up all of our savings and haven’t been able to replace it. Family members are giving us $500-$1000 every month. We’ve both been in the hospital a few times for injury and illness, and each time costs thousands of dollars. We spent our tax return this year on medical bills, and still owe thousands to the local hospital.

We see what is going on in this country, and around the world, and we want to be prepared, but instead of getting ahead we just get more and more behind. We’ve already sold everything that was worth anything.

After taxes, the biggest expense that is killing us is insurance. All the types of insurance that are mandatory or just seem like a necessity now – health insurance, car insurance, insurance for our mobile home and rental property (required by our landlord), life insurance that is necessary with my husband’s job.

Medical bills are next on the list – who can afford to go to a doctor nowadays, even with insurance? We do everything possible to avoid doctor visits, even having our last child at home without a midwife even though I am considered high risk. Sometimes emergencies happen though, and going to the doctor just isn’t avoidable.

Pretty much all of our friends and co-workers are getting government help every month. Honestly we’d be a lot better off if we did to, but we don’t want to. It’s not the government’s job to take care of everybody.

But really, what are we supposed to do? Is there anything we can do to fix the mess our economy is in? Is there anything people like us can do to get out of this situation, or is it just a hopeless downward spiral that’s going to get worse and worse till we are living under a bridge?

I wrote her back and tried to encourage her. No matter how bad things seem to be in life, there is always a way to turn things around if you just keep on fighting.

And things could turn around for America too, but we would have to be willing to fundamentally change our ways, and at this moment there are no indications that this will happen any time soon.

I get accused of being all about “doom and gloom”, but in my latest book I set forth a detailed prescription for what we need to do to turn things around. And I ran for Congress on a platform of positive solutions, but that message didn’t resonate enough with the voters.

Inexplicably, most Americans seem to like the status quo even though the system is literally coming apart at the seams all around us.

What we have been doing as a nation does not work, it is not sustainable, and it has become exceedingly clear that a day of reckoning is rapidly approaching. At this point it is so obvious that even the mainstream media is starting to warn of imminent economic disaster.

For years, many of us have been warning what would happen if we did not change our ways, and we have been trying to offer alternative solutions, but most Americans continue to embrace the current system and believe that it will be able to survive despite all of the evidence to the contrary.

In the end, it is probably going to take a complete and utter collapse of the current system before most people will wake up, and that is something that nobody will enjoy.