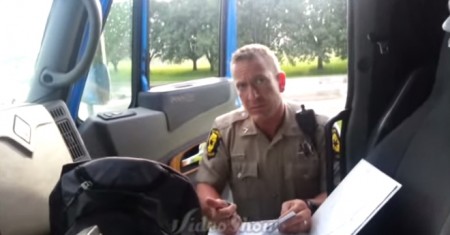 A video posted to Youtube was posted by a trucker named Brian Miner captures an exchange between an Illinois State Police trooper for unlawful use of a horn.

Miner rebuffs him, saying he was honking at the trooper who he accused of being on a cell phone while speeding.

The two continue an exchange to a point where the trooper tells Miner he’s going to be ticketed, and Miner tells the trooper he’s being recorded.  From that moment on, the conversation takes a different direction.

Check out the video…