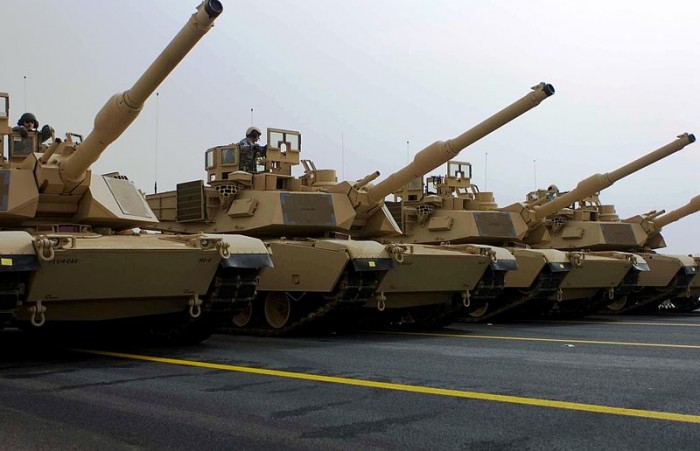 The ink on Barack Obama’s Chuck Hagel termination letter hasn’t dried yet but already the US president’s new, and seemingly far more hawkish advisors, are having their warmongering presence felt. Case in point: the Eastern European theater of (Cold) war, where Military.com reports that the new Army commander in Europe plans to bolster the U.S. armored presence in Poland and the Baltic states and keep rotations of U.S. troops there through next year and possibly beyond to counter Russia. Lt. Gen. Frederick “Ben” Hodges, who replaced Lt. Gen. Donald M. Campbell earlier this month as commander of U.S. Army Europe, said the Army was looking to add about 100 Abrams tanks and Bradley Fighting Vehicles to the forces in Eastern Europe.

“We are looking at courses of action for how we could pre-position equipment that we would definitely want to put inside a facility where it would be better maintained, that rotational units could then come and draw on it and use it to train, or for contingency purposes,” Hodges said in a briefing from Vilnius, Lithuania.

So “better maintained… or for contingency purposes.” Got it. That probably also explains why as NATO is seeking to deliver 100 tanks to Eastern Europe, it has already added several squadrons of fighter jets just minutes away from Russia’s border. For “contingency purposes.”