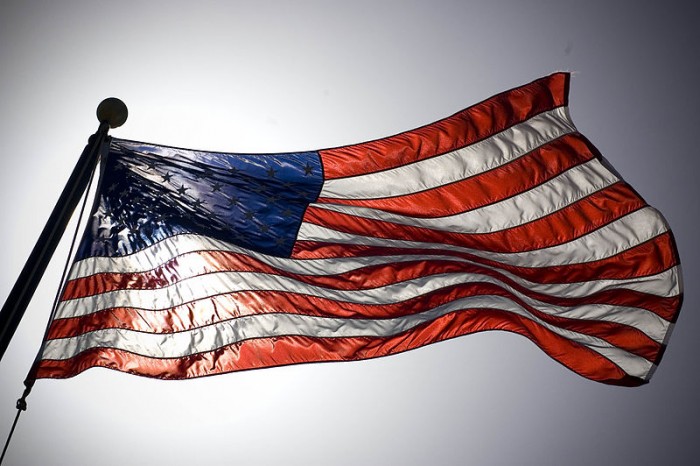 In the aftermath of calls to ban the Confederate flag following the Charleston shooting, some Americans signed a petition to ban the stars and stripes itself.

Media analyst Mark Dice’s latest stunt illustrates the stunning level of ignorance surrounding the issue and how easily led Americans are when told to support anything in the name of putting a stop to racism.

Although some refused to sign, when told that Old Glory has a history of “imperialism and racism,” numerous San Diegans agreed, with one man commenting, “It sounds like a great idea.”

“A lot of people are offended by the American flag,” says Dice, to which another individual enthusiastically responds, “I’ll sign this shit man!”

“Support issuing a new American flag for the new world order,” Dice tells the man, to which he agrees, “F**k yeah man!”

“Basically ban the American flag, we’re gonna put up a new American flag over the capital to signify the new world order,” Dice tells another man who signs the petition.

When a woman asks what the new flag will look like, Dice tells her it will include a pyramid and a rainbow for gay pride and to “signify the unity in the new world order.”