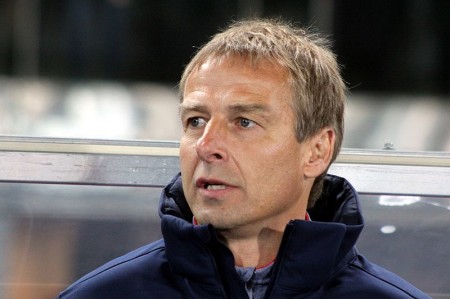 The United States is in what has been dubbed this year’s “Group of Death,” containing Germany, Portugal and Ghana.

It will be very difficult for the U.S. to get out of Group G, and head coach Jurgen Klinsmann isn’t expecting a miracle in Brazil.

In fact, he’s being brutally honest and realistic about his club’s chances.

“We cannot win the World Cup because we are not at that level yet,” Klinsmann said, according to the New York Times. “For us, we have to play the game of our lives seven times to win the tournament.”