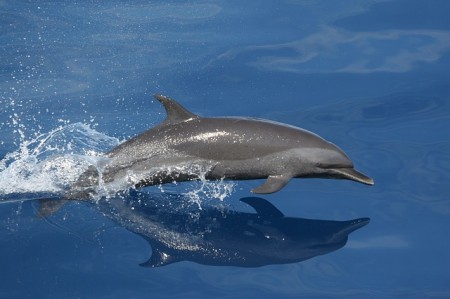 Ukrainian officials have demanded that the Russian navy return military dolphins that were seized during the annexation of Crimea, the Russian news site RBTH reports.

“The military dolphins need to be returned to our country in the same way that Russia returned Ukraine’s seized military equipment,” first deputy head of the Henichesk Regional State Administration, Dmitry Yunusov said.

The pod of bottlenose dolphins have been highly trained to detect underwater risks such as sea mines, enemy divers and spying equipment, and thus are extremely valuable navy assets.

They are currently being held at a public aquarium in Sevastopol’s Kozacha Bay, formerly owned by the Ukrainian military.