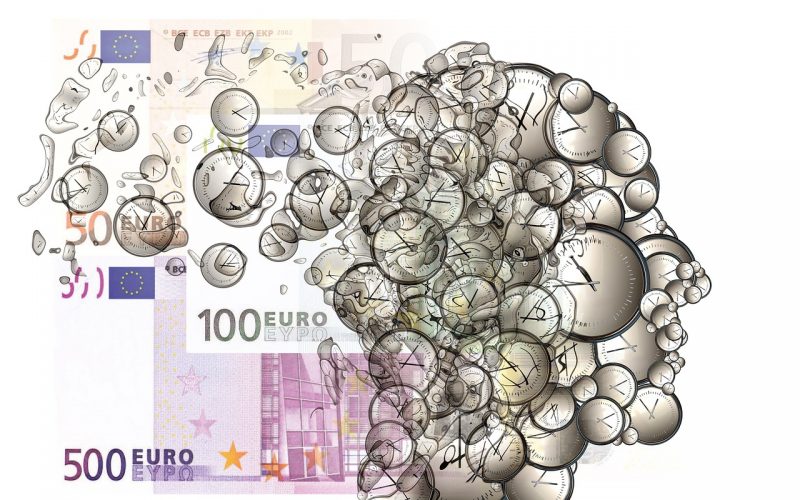 The war on cash has just gone to an entirely new level.  When I heard that the European Union was planning to completely ban all cash transactions above 10,000 euros, I had a hard time believing it.  There are so many wild rumors flying around on the Internet these days, and so I wasn’t going to write about this unless I could confirm it.  Unfortunately, this particular rumor is quite real.  Under the pretext of fighting “money laundering and terrorist financing”, the European Union will be entirely outlawing all cash payments greater than 10,000 euros.  The following comes from the official website of the Council of the European Union…

By limiting large cash payments, the EU will make it harder for criminals to launder dirty money. An EU-wide maximum limit of €10.000 is set for cash payments. Member states will have the flexibility to impose a lower maximum limit if they wish.

So this means that in some countries the upper limit could potentially be a lot lower than 10,000 euros.

But instead of framing it as a major move toward a cashless society, the EU is trying to claim that this is all about fighting terrorists.

The following is what Zbyněk Stanjura, the Minister for Finance in the Czech Republic, has said about this upcoming change…

Terrorists and those who finance them are not welcome in Europe. In order to launder dirty money, criminal individuals and organisations had to look for loopholes in our existing rules which are already quite strict. But our intention is to close these loopholes further, and to apply even stricter rules in all EU member states. Large cash payments beyond €10.000 will become impossible. Trying to stay anonymous when buying or selling crypto-assets will become much more difficult. Hiding behind multiple layers of ownership of companies won’t work any more. It will even become difficult to launder dirty money via jewellers or goldsmiths.

We are working with the national central banks of the euro area to investigate whether to introduce a digital euro. It would be a central bank digital currency, an electronic equivalent to cash. And it would complement banknotes and coins, giving people an additional choice about how to pay.

As they take cash away from the general population, it turns out that they have already been working on the replacement.

Incredibly, the ECB even has the gall to claim that this new digital currency will be “like cash”…

A digital euro would offer an electronic means of payment that anyone could use in the euro area. It would be secure and user-friendly, like cash is today. As central bank money issued by the ECB, it would be different from “private money”, but you could also use a card or a phone app to pay with digital euro.

Yes, you will be able to spend it just like you can spend cash.

But unlike cash, a digital euro will allow authorities to track whatever you buy and sell with it.

Won’t that be wonderful?

By the way, the Federal Reserve is currently working on a digital currency as well.

And this is all happening as the private cryptocurrency industry is imploding all around us.

Many had believed that decentralized cryptocurrencies would be the future of commerce, but global central banks were never going to allow that to happen.

Instead, it appears that they intend to force all of us on to a cashless grid in which everyone uses digital currencies that are issued by them.

Needless to say, a lot of people out there are quite wary of any moves toward a cashless society because they believe that it is part of the “end times” scenario described in the Bible.  According to one recent survey, approximately 39 percent of all Americans are convinced that we are living in the “end times” right now…

Nearly two in five Americans, including half of self-identified Christians and a quarter of the religiously unaffiliated, agree “we are living in the End Times,” a new study has found.

That’s about 39% of Americans who believe we are living in the End Times, according to Pew Research, highlighted by Lifeway Research.

Other surveys have come up with similar results.

This shouldn’t come as a surprise to any of us, because global events have definitely started to spin out of control in recent years.  At this point, even secular websites are publishing articles about the surging popularity of “apocalyptic scenarios”…

There’s no denying that the apocalypse is currently having a moment, culturally and politically. It could be driven partly by the pandemic and fears of climate change. Those are actual, frightening apocalyptic scourges. Russia’s war has also set off alarm bells for certain evangelicals, as there was a Cold War tradition of identifying the country, variably, with Gog or Magog.

Seeing Slate discuss such things made me chuckle.

But this is where we are.

Just about every day, more crazy things take place that have literally never happened before.  For example, I came across the following story earlier today…

For past 12 months, scientists have been studying a 50-second burst of energy from over a billion light-years away that could change how we understand how stars live and die.

In December 2021, a massive blast of energy hit the Earth’s atmosphere. Its source was a gamma-ray burst – one of the most powerful explosions in the universe – but not just any gamma ray burst.

One scientist said at the time that the event – named GRB 211211A – “looks unlike anything else we have seen before”.

As time rolls along, things are only going to get even more weird.

If you have been waiting for life to “return to normal”, you can stop right now.

It simply is not going to happen, and I believe that global events will accelerate even more during the early stages of 2023.