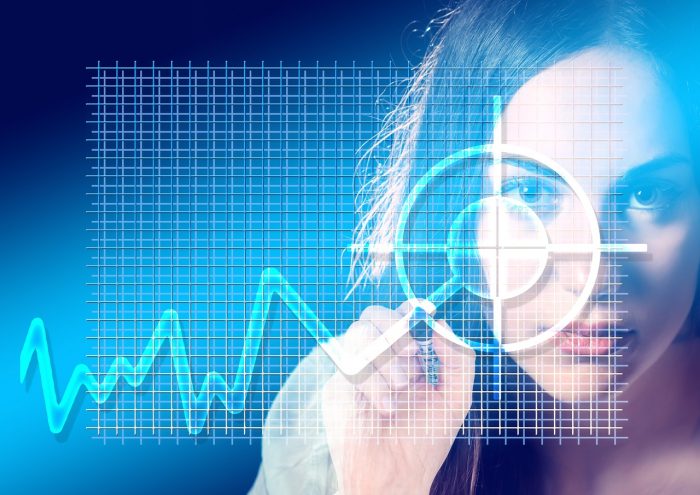 We have not seen Wall Street this jumpy since just before the great financial crisis of 2008. As I have explained so many times before, when the waters are calm and there is low volatility, markets tend to go up. And when the waters are choppy and volatility starts to spike, markets tend to go down. That is why the behavior that we have been witnessing from investors during the first two quarters of 2018 is so alarming. A high level of market turnover is often a sign of big trouble ahead, and according to Bloomberg our financial markets “are churning at the fastest rate since 2008″…

From junk bonds to emerging-market stocks, market turnover is through the roof, reaching multi-year highs. Within the S&P 500 Index, investors traded more than $2.9 trillion worth of shares in each of the past two quarters, a feat last achieved in early 2008.

Bloomberg is not prone to hyperbole, and so when they say that “market turnover is through the roof”, I hope that you will take that statement seriously.

We truly are facing a scenario that Wall Street has never seen before. The Wilshire 5000 stock index to nominal GDP ratio has been hovering near all-time highs, and what that tells us is that stock prices are more overvalued today than they have been at any other point in modern American history. Meanwhile, all sorts of red flags continue to indicate that big trouble is on the horizon, but most investors are ignoring those red flags.

But if you look closely, it is becoming clear that the most savvy investors are getting out while the getting is good. In a previous article, I explained that the “smart money” is getting out of stocks at a pace that we have not seen since just before the last financial crisis. Fortunately for them, the “dumb money” has been willing to buy what they are selling at these massively inflated prices.

We see a similar spike in the “churn rate” when we look at emerging markets. In fact, Bloomberg says that we have not seen this much volatility in emerging market stocks since the international financial crisis of 1998…

It’s a similar story for developing-nation assets at the mercy of a strengthening U.S. dollar and trade tensions. Volume on the MSCI Emerging Market index reached $1.9 trillion in the three months through June, the most since 1998 when a wave of currency devaluations and defaults ripped through emerging economies from Thailand to Russia.

As I mentioned a couple of days ago, global stocks lost approximately 10 trillion dollars in value during the first six months of 2018.

10 trillion dollars is almost half of the U.S. national debt.

If global stocks continue to fall at a similar pace during the second half, it is only a matter of time before U.S. stocks get absolutely slammed.

One of the emerging markets that is showing significant signs of trouble is India. According to Bloomberg, India’s banks are now dealing with 210 billion dollars of bad debts…

India’s nearly $1.7 trillion formal banking sector is coping with $210 billion of soured or problem loans, and some regional banks have been ensnared in fraud scandals.

If U.S. banks had 210 billion dollars of bad debts that would be a big problem.

In India, a number like that is a complete and utter financial catastrophe that is not going to be easy to clean up.

According to CNBC, most of the bad loans are owned by India’s state-controlled banks…

India’s public-sector financial institutions control about 70 percent of all banking assets in the country, but they have the highest exposure to soured loans amounting to as much as $150 billion. In fact, the 21 state-owned banks had stressed loans of about 8.26 trillion rupees ($120 billion) as of Dec. 31, Reuters reported. Private sector lenders, meanwhile, reportedly had a bad loan pile of just about 1.1 trillion rupees.

Things have already gotten so bad in India that some people are starting to panic.

In fact, it is being reported that ATMs in some areas of the nation have been “running dry”…

On top of that, ATMs in some parts of the country have been reported to be running dry in recent days. There’s an unusually high demand for cash, according to the Finance Ministry. The rupee shortage is being blamed on everything from farm spending to looming elections and hoarding by some families.

This is yet another example that shows that it always pays to not put all of your eggs in one basket. In the event of a major emergency, you will want access to cash, and you cannot necessarily count on your bank to always be there for you.

As we move forward into the second half of 2018, red flags continue to appear on an almost daily basis. The Federal Reserve is steadily raising interest rates, civil unrest is erupting in the streets of America, and the Trump administration is starting trade wars with virtually everyone else on the planet.

In the end, these trade wars are going to prove to be very painful for U.S. businesses. Earlier today, CNBC posted a piece about the impact that tariffs are likely to have on our pork producers…

U.S. pork producers are about to be bitten by a second batch of hefty retaliatory tariffs from China and Mexico — and that has some large producers predicting they could lose big money and be forced to invest overseas.

Executives say the pork industry has been expanding in recent years, in part on the expectation of export opportunities that would continue to support growth. However, the threat of a trade war is adding uncertainty and driving fear. One in 4 hogs raised in the U.S. is sold overseas, and the Chinese are the world’s top consumers of pork.

As I write this article, I can hear fireworks going off in the background. The 4th of July is always a time for celebration, and without a doubt many Americans are extremely optimistic right now.

But as I have just explained, major storm clouds are gathering, and it isn’t going to take much to push the U.S. economy into another major crisis.