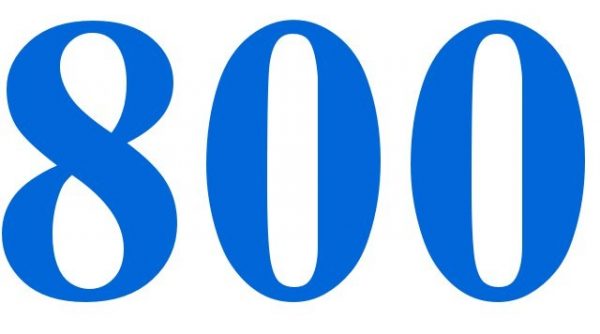 You had better buckle up, because it looks like we are in for a bumpy ride. On Wednesday, the Dow Jones Industrial Average was down a whopping 800 points. Not only was that the worst day of 2019, but as you will see below, there have only been three days in U.S. history that have been worse. An inversion of the yield curve sent investors into panic mode, and the selling was fast and furious. And of course back on August 5th we witnessed a 767 point decline. So this is now the second historic decline that we have seen so far this month, and the month is only about half over. Could it be possible that we are on the verge of a major stock market meltdown?

An 800 point drop is definitely rare. According to CNN, the following were the 10 largest single day point declines for the Dow Jones Industrial Average prior to Wednesday…

So that means that Wednesday’s plunge was officially the 4th largest single day plunge that we have ever seen.

The “too big to fail” banks were on the cutting edge of the decline, and some of the biggest names in banking got absolutely monkeyhammered…

Bank stocks led the declines as it gets tougher for the group to make a profit lending money in such an environment. Bank of America and Citigroup fell 4.7% and 5.2%, respectively, while J.P. Morgan also dropped 4.15%. The S&P 500 Financials Sector dipped into correction territory on an intraday basis.

If you will remember, bank stocks also led the way down in 2008.

Is history about to repeat itself?

The U.S. government bond market sounded alarms Wednesday as investors fleeing riskier assets drove the 30-year bond’s yield to a record low and the 10-year yield fell below the rate on the two-year for the first time since 2007.

The 10-year Treasury yield dipped as much as 1.9 basis points below the two-year yield in what’s considered a harbinger of a U.S. economic recession beginning in the next 18 months.

When longer-duration bonds are yielding less than shorter-duration bonds, that is a sign that investors are anticipating that economic conditions will be deteriorating. And as history has shown us, recessions are almost always preceded by yield curve inversions, and so many are taking this as an extremely troubling sign.

So now all eyes are on the Federal Reserve and other global central banks, and many analysts are strongly urging them to do something…

“The bond market is saying central banks are behind the curve,” said Marc Ostwald, global strategist at ADM Investor Services in London. “It’s all doom and gloom on the global economy.”

Personally, I don’t really like to use the term “gloom and doom”, but it is definitely an appropriate phrase for what we are witnessing at the moment. On Wednesday, we got some more really bad economic news from Germany and from China…

And it isn’t just Wall Street that is buzzing about the potential for an economic slowdown. According to the Federal Reserve Bank of New York, the odds of a recession happening during the next 12 months are now the highest they have been since the last financial crisis…

The curve isn’t the only thing flashing high alert. The Federal Reserve Bank of New York’s index showing the probability of a U.S. recession over the next 12 months is close to its highest level since the global financial crisis, at around 31%.

Over and over again, we are seeing things happen that have not happened since the last recession. At first the mainstream media was slow to catch on, but now just about everybody is acknowledging the warning signs that are all around us.

Unfortunately, the financial bubble that we are facing today is far, far larger than the one that burst in 2008. And so when this one also bursts, the pain will be much greater than we experienced the last time around.

Many are fearing the worst. For example, just check out what Martin Armstrong is saying…

I am overseas as a crisis is brewing which many might rename the “Lehman Moment” to something more up to date. Clearly, the stakes are far higher to the world economy than anyone may truly appreciate. We are cascading toward a perfect financial storm.

Hmm – there is yet another prominent name that is using the words “perfect” and “storm” together.

We’ll see where things go from here. Since the Dow is already so ridiculously high, an 800 point drop is definitely not the end of the world. But without a doubt, the market’s downward momentum is beginning to pick up speed, and it isn’t going to take much to turn this into a full-blown crash.

As I have stated numerous times, our financial markets are more primed for a crash right now than they were in 2008. And when this “everything bubble” finally completely bursts, the financial carnage is going to be off the charts. I very much encourage you to get your financial house in order, because it looks like the chaos could start escalating quite rapidly.

Every major stock market bubble in U.S. history has ended badly, and this one will too. We have been waiting for this twisted game to start unraveling for quite some time now, and it may be starting to happen.