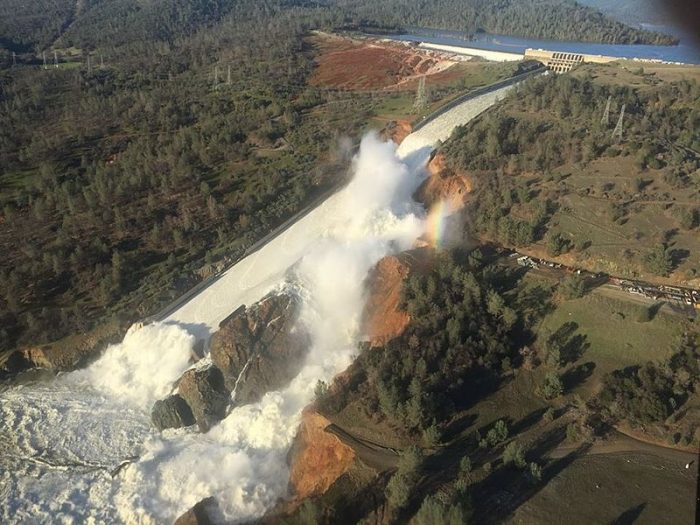 A 2,000-mile long Super-Soaker storm, which is now arriving in California, might be the fulfillment of a prophetic warning.

For many years, there have been warnings about the Big One hitting California, a great earthquake that will permanently change the landscape. However, through prophetic words, God has promised to send a warning sign preceding that terrible event.

In the following 91-second video, the late John Paul Jackson describes the warning sign as a significant storm that will hit California. He was not shown what kind of storm, perhaps a hurricane or something else. The video was recorded in 2013.

California might be seeing the fulfillment of this sign starting now. After years of drought, most of California is now under a watch or warning due to a colossal storm system, a 2,000-mile long atmospheric river, which is now moving east across the Pacific Ocean heading directly at California.

It is called a Super-Soaker because it is packing lots of rain and threatens to bring historic levels of flooding. The large amount of rainfall is expected to put great stress on all of California’s 1400 dams, some of which are over one hundred years old.

The reporter in the following 3-minute video expects multiple dam failures, especially at the Oroville Dam, which is the largest in the United States, located about 150 miles north of San Francisco. The Oroville Dam is already damaged, as shown in the photo at the top of this post, so additional flooding could cause severe damage to the dam, which would cause severe flooding in the area. The Lake Oroville area is expected to get 11.6 inches of rain over the next ten days.

1 thought on “Why California’s 2,000 Mile ‘Super Soaker Storm’ May Be A Prophetic Warning”