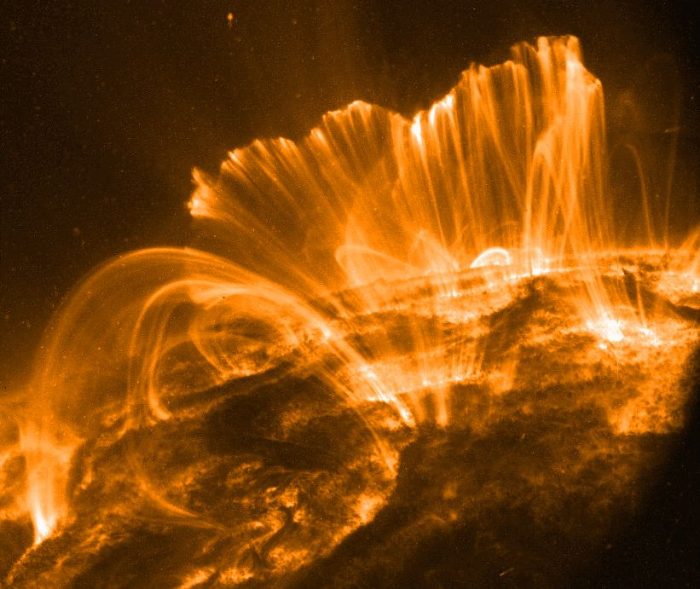 Did they see something that they weren’t supposed to see? On September 6th, a team of FBI agents backed up by Blackhawk choppers stormed into the National Solar Observatory in Sunspot, New Mexico and totally shut the place down. Everyone inside was suddenly “evacuated”, and the observatory has not reopened since then. So why are they being so secretive about this incident? Why won’t the authorities tell us what is going on? Terror threats are thwarted all the time, and normally authorities are very open about these sorts of things. But in this case, the FBI has chosen to tell us absolutely nothing…

The sudden unexplained closure by the FBI of the National Solar Observatory (NSO) in Sunspot, New Mexico, has prompted theories about the reason as law enforcement keep schtum.

The observatory was shut on September 6, and more than a week later with no sign of re-opening, authorities are still showing no leeway.

Something incredibly serious must have happened in order for the FBI to take such drastic measures.

In addition to the observatory being closed, the local post office was shut down as well…

The post office in Sunspot has been closed until further notice with a spokesman for the United States Postal Service telling ABC 7: “We were told on September 6 that we would be evacuated along with the surrounding area, we were not told why.

“We were told just to be out of the area. We remain suspended until we are allowed to return.”

This just deepens the mystery.

Was someone attempting to send something through the post office that the authorities desperately want to keep quiet?

At this point, the FBI is not even telling the local sheriff what is going on…

Otero County Sheriff, Benny House, said: “The FBI is refusing to tell us what’s going on. We’ve got people up there (at Sunspot) that requested us to standby while they evacuate it.

“Nobody would really elaborate on any of the circumstances as to why. The FBI were up there. What their purpose was nobody will say.”

The only explanation that we have received is from the organization that operates the observatory, and it isn’t very specific at all.

According to the Association of Universities for Research in Astronomy, the observatory was closed in order to address “a security issue”…

The Association of Universities for Research in Astronomy, which operates the Sunspot observatory, said in a statement to the Daily News Wednesday afternoon that it is “addressing a security issue.”

Officials decided to “temporarily vacate the facility as a precautionary measure,” spokeswoman Shari Lifson said, adding AURA is “working with the proper authorities on this issue.”

Of course “addressing a security issue” could mean just about anything.

Some believe that the observatory was shut down because they were able to capture undeniable evidence that extraterrestrial life actually exists. The government takes that issue deadly seriously, and that would certainly explain the sudden intervention by the FBI.

But others are convinced that another explanation makes more sense. The purpose of this facility is to observe the sun, and it was closed down right after an absolutely enormous solar storm formed. The NOAA has issued a solar storm watch for this week, and many mainstream news outlets have been reporting on it…

Should you be graced with clear night skies over the next couple days, you might want to look up: there’s a (solar) storm coming.

The National Oceanic and Atmospheric Administration (NOAA) has issued a storm watch for a moderate G2 geomagnetic storm for Sept. 11, with auroral activity possible as far much of the northern United States.

Could it be possible that there is much more to this solar storm than we are being told, and that authorities are desperate to keep the general population from descending into panic?

The issue may be related to Mercury (the metal, not the planet). On a tip from a science journalist friend who covers telescopes and who has been there, I verified the observatory uses a vat of liquid mercury as a float bearing for the giant solar telescope. According to an internal NSO/NMSU document, that bearing is “high-risk” during maintenance. If there was a major mercury spill, it might explain why the Feds are there, with FBI providing security. The amount of Mercury is said to be in the “tens of gallons” range, which is next to impossible to come by in the commercial market these days, and if it were weaponized, it would make a very nasty dirty bomb. Perhaps there’s some security issue with the mercury on-site.

Whatever it is, the FBI appears to be absolutely determined to keep the truth from getting out, and that should greatly alarm all of us.