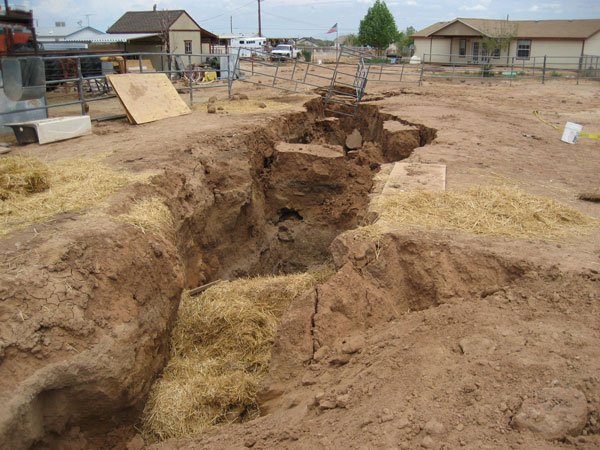 There’s been some recent alarming news recently about the possibility of a major earthquake at the New Madrid seismic zone. If you’re curious and start doing a little digging, you’ll be surprised to discover that this alarming news is not singular: Reuters reports that Oklahoma has a very good chance of being hit by a large earth quake anytime now and over 50% of all Americans live in an area where a major earthquake could hit. That’s 143 million people…

One thing that puzzles me (now that I see just how worried people are) is why isn’t anyone preparing for it? Everyone’s so concerned with the why and the how but no one thinks about actually prepping for it an increase their chances of survival.

Bad news: the Government won’t lift a finger to teach people how to prep. Sites like ready.gov and FEMA’s give some advice but there are poorly maintained and the information is so shallow, you might as well hit the close button and educate yourself somewhere else.

This is what I want to talk with you today, about preparing yourself and your family for a major earthquake, one that could not only destroy your home but kill you.

We’re gonna spread this article in three: what to do before, during and after a devastating earthquake. As you can probably guess, the before part is the most important one because we’re gonna talk about the things you can do TODAY to make sure you don’t die in one. To make the info easier to digest and apply, I’ll write them using bullet points.

* Have two evacuation bags, one in your car and one at home. Call them what you like: bug out bas, get home bags, everyday carry kits (EDCs), it doesn’t matter. What matters is that they contain the emergency essentials you might need in case of an earthquake: a first aid kit, a small portable, hand-crank radio, an emergency blanket, food and water

* Forget about building underground shelters. Shelters are death traps during earthquakes. Ideally you want to be outside when it happens.

* Keep all your preps in reinforced areas. Even if the structure collapses, part of your food or gear may still be usable.

* Do drills with your family to make sure you all quickly respond when it finally happens.

* Don’t live inside a home that isn’t safe. For example, if your house is built on sandy soil, you’re gonna feel any earthquake more than others in the same region. And if the next earthquake is as violent as we expect it to be, you’re gonna be in trouble.

* Learn CPR, what to do in case of electrocutions and gas leakage as well as other first aid skills.

* Learn how to quickly turn off utilities.

* Make a habit of remaining at ground level or at the first floor, at least, in any building that you enter. This may be harder to be put in practice but may save your life because it’ll be a lot easier and quicker for you to run outside. For example, if you’re looking to stay in a hotel, always request a room as close to the ground level as possible.

* Check your home insurance to make sure it covers earthquakes as well. If it doesn’t, you know what to do…

* Read my 101 list to learn more about the various types of disasters as well about the basics of prepping and survival.

Let’s see what you can and cannot do when an earthquake happens:

* Remain calm. If you’re prepared, you have every reason to be so.

* Take cover ASAP, either under a sturdy table or desk or near one of the interior walls. Either way, you need to occupy as little space as possible by crouching down, placing your head between your knees and covering it with both your hands.

* Stay away from heavy furniture that may fall on you.

* Don’t run outside until the firs quake has stopped. Once that happens, you SHOULD get out as multiple aftershocks may be seconds away. Be advised after-shocks can also occur weeks later after the main one.

* If you’re outside when it hits, stay away from buildings that may collapse, no matter how strong you think they are. You just can’t anticipate how powerful the earthquake will be, either. Also, stay away from electrical wires and trees and other collapsible buildings. Even a motorcycle can easily fall on your leg if you sit close to it when it happens.

* Last but not least, be on the lookout for flying debris that could not just injure you but kill you.

Once the dust settles and you and your family made it out alive, it’s time to learn from this awful experience. It might be a little painful but what you should do is relive every second from the disaster and try to figure out:

* what didn’t go well (maybe you panicked even though you thought you wouldn’t, maybe you forgot to do something once you got to safety, or maybe, in the heat of the moment, you simply ignored your knowledge and started running down the stairs even though the earth was still trembling),

* what did go well (also useful; you want to give yourself a big pat on the back for knowing what to do)

Of course, if there’s one aspect you should focus on, it’s definitely the “before” list because preventing something is better than treating it. Although there haven’t been any major earthquakes lately, the frequency of smaller ones has increased – there’s no doubt about it.