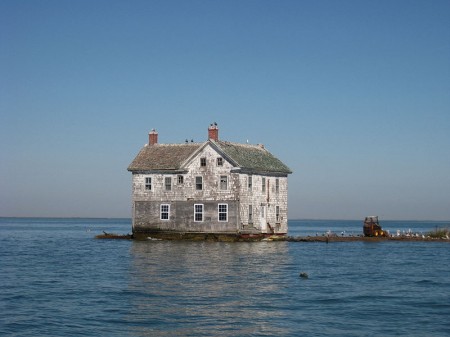 The 30 statistics that you are about to read prove beyond a shadow of a doubt that the middle class in America is being systematically destroyed. Once upon a time, the United States had the largest and most prosperous middle class in the history of the world, but now that is changing at a staggering pace. Yes, the stock market has soared to unprecedented heights this year and there are a few isolated areas of the country that are doing rather well for the moment. But overall, the long-term trends that are eviscerating the middle class just continue to accelerate. Over the past decade or so, the percentage of Americans that are working has gone way down, the quality of our jobs has plummeted dramatically and the wealth of the typical American household has fallen precipitously. Meanwhile, we have watched median household income decline for five years in a row, we have watched the rate of homeownership in this country decline for eight years in a row and dependence on the government is at an all-time high. Being a part of the middle class in the United States at this point can be compared to playing a game of musical chairs. We can all see chairs being removed from the game, and we are all desperate to continue to have a chair every time the music stops playing. The next time the music stops, will it be your chair that gets removed?

And in this economy, you don’t even have to lose your job to fall out of the middle class. Our paychecks are remaining very stable while the cost of almost everything that we spend money on consistently (food, gas, health insurance, etc.) is going up rapidly. Bloomberg calls this “the no-raises recovery”…

Call it the no-raises recovery: Five years of economic expansion have done almost nothing to boost paychecks for typical American workers while the rich have gotten richer.

Meager improvements since 2009 have barely kept up with a similarly tepid pace of inflation, raising the real value of compensation per hour by only 0.5 percent. That marks the weakest growth since World War II, with increases averaging 9.2 percent at a similar point in past expansions, according to Bureau of Labor Statistics data compiled by Bloomberg.

There are so many families out there that are struggling right now. So many husbands and wives find themselves constantly fighting with one another about money, and they don’t even understand that what is happening to them is the result of long-term economic trends that are the result of decades of incredibly foolish decisions. Without middle class jobs, we cannot have a middle class. And those are precisely the jobs that have been destroyed during the Clinton, Bush and Obama years. Without enough good jobs to go around, we have seen the middle class steadily shrink and the ranks of the poor grow rapidly.

2. According to a study recently discussed in the New York Times, the “typical American household” is now worth 36 percent less than it was worth a decade ago.

3. One out of every seven Americans rely on food banks at this point.

4. One out of every four military families needs help putting enough food on the table.

5. 79 percent of the people that use food banks purchase “inexpensive, unhealthy food just to have enough to feed their families”.

6. One out of every three adults in the United States has an unpaid debt that is “in collections“.

7. Only 48 percent of all Americans can immediately come up with $400 in emergency cash without borrowing it or selling something.

8. The price of food continues to rise much faster than the paychecks of most middle class families. For example, the average price of ground beef has just hit a brand new all-time record high of $3.884 a pound.

9. According to one recent study, 40 percent of all households in the United States are experiencing financial stress right now.

10. The overall homeownership rate has fallen to the lowest level since 1995.

11. The homeownership rate for Americans under the age of 35 is at an all-time low.

12. According to one recent survey, 52 percent of all Americans cannot even afford the house that they are living in right now.

13. The average age of vehicles on America’s roads has hit an all-time high of 11.4 years.

14. Last year, one out of every four auto loans in the United States was made to someone with subprime credit.

16. One recent study found that 47 percent of unemployed Americans have “completely given up” looking for a job.

17. 36 percent of Americans do not have a single penny saved for retirement.

18. According to one survey, 76 percent of all Americans are living paycheck to paycheck.

20. Only four of the twenty fastest growing occupations in America require a Bachelor’s degree or better.

21. In America today, one out of every ten jobs is filled by a temp agency.

22. Due to a lack of decent jobs, half of all college graduates are still relying on their parents financially when they are two years out of school.

23. Median household income in the United States is about 7 percent lower than it was in the year 2000 after adjusting for inflation.

24. Approximately one out of every four part-time workers in America is living below the poverty line.

25. It is hard to believe, but more than one out of every five children in the United States is living in poverty in 2014.

26. According to one study, there are 49 million Americans that are dealing with food insecurity.

28. If the middle class was actually thriving, we wouldn’t have more than a million public school children that are homeless.

29. If you can believe it, Americans received more than 2 trillion dollars in benefits from the federal government last year alone.

30. In terms of median wealth per adult, the United States is now in just 19th place in the world.