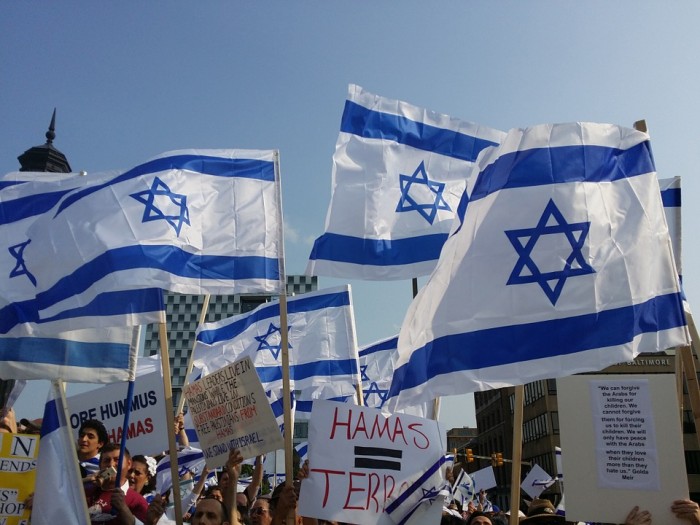 On Sunday, the 70 nations that gathered in Paris for a conference on the Israeli-Palestinian conflict unanimously agreed to call for the creation of a Palestinian state.  The joint declaration that was issued at the conclusion of the conference also endorsed UN Security Council Resolution 2334 which was adopted on December 23rd and the six principles that U.S. Secretary of State John Kerry laid out in his 71 minute speech on December 28th.  If you would like to read the final draft of the joint declaration, you can do so right here.  The good news is that this conference did not immediately recognize a Palestinian state, nor does it appear that additional action will be taken at the UN Security Council before Donald Trump is inaugurated on Friday.

It had been feared that this conference may attempt to impose some sort of a solution on the Israelis and the Palestinians, but that didn’t come to pass.  Instead, the conference participants agreed to work toward “a negotiated solution with two states, Israel and Palestine, living side by side in peace and security“.

So the global community has clearly reaffirmed their commitment to a Palestinian state, but the outcome of this conference was not nearly as bad for Israel as many had been anticipating.

On Tuesday, the UN Security Council will meet to further discuss the Israeli-Palestinian conflict, but the Jerusalem Post is reporting that U.S. Secretary of State John Kerry has promised Israeli Prime Minister Benjamin Netanyahu that there will not be any more UN Security Council resolutions regarding Israel before Trump takes office…

Israeli sources said Kerry called Netanyahu from the conference to brief him on the efforts the US was taking there to soften the language of the final statement.

According to the sources, Netanyahu told Kerry that damage had already been done to Israel by the anti-settlement resolution that the US allowed to pass in the Security Council last month, and that no more harm should be allowed to be caused from the Paris summit.

Kerry assured Netanyahu that there would be no follow-up to the Paris conference in the Security Council, according to the sources.

Even though that bullet has been dodged, we should still acknowledge that what just happened in Paris, France was extremely significant.

It seems a very odd coincidence that exactly 70 nations gathered in Paris.  It could have easily been 69 nations or 71 nations, but instead it was precisely 70.

According to Rabbi Jonathan Cahn, the author of The Harbinger and The Book of Mysteries, the number 70 represents all the nations of the world in ancient Jewish tradition…

“It is interesting to note that the rabbis spoke of the world consisting of 70 nations,” he observed. “This is linked to the 70 sacrifices offered in the Feast of Tabernacles. So now to have the nations of the world, specifically 70 nations, gather together over the issue of Jerusalem, is most striking. One could say that the 70 nations are a representation of all nations, and coming together clearly set against the word of God which clearly ordains that Jerusalem is given by God to only one nation – Israel.

“As to the Abrahamic Covenant, that what a nation does to Israel will be done to that nation, what America under Obama did to Israel at the United Nations – namely abandon it – was significant,” he said.

Without a doubt, all of the largest and most powerful countries were represented at the conference.  So what we just witnessed in Paris was essentially the whole world coming together to decide what should be done with the land of Israel.

And by unanimously agreeing that the land of Israel should be divided and that a Palestinian state should be created, these global leaders are in great danger of literally cursing the entire planet.

Just a few weeks ago, I wrote an entire article about how those that bless Israel will be blessed and those that curse Israel will be cursed.  I would venture to say that now the entire world is on the wrong side of that equation as a result of this conference in Paris.

The good news for the U.S. is that Barack Obama is on his way out the door and Donald Trump is about to become president.

In a previous article I detailed 10 specific steps that Trump should immediately take to try to reverse the curse that Obama has put on America.  One of the steps that I recommended was moving the U.S. embassy in Israel to Jerusalem, and this is something that Trump’s team is actively talking about.

However, other global leaders are warning Trump not to do this.  For example, on Sunday French Foreign Minister Jean-Marc Ayrault told the press that such a move would have “very serious consequences”…

Donald Trump may never have anticipated this, but the truth is that the relationship between the United States and Israel is likely to be one of the defining issues of his presidency.

Allowing UN Security Council Resolution 2334 to pass without a veto was the worst decision that Barack Obama made during his entire time in the White House, and it represented the greatest betrayal of Israel in the history of the United States.

In just a few days, Donald Trump will have an opportunity to begin repairing the immense damage that was done by that resolution, and it sounds like he wants to have a very positive relationship with Israel.

But it can’t just be words.  Politicians have a habit of telling us what we want to hear, and now Donald Trump will get his chance to show the world that he is not just another typical politician.

My hope is that Donald Trump will truly be a friend to Israel in both word and deed, because that is what is desperately needed at this moment in history.