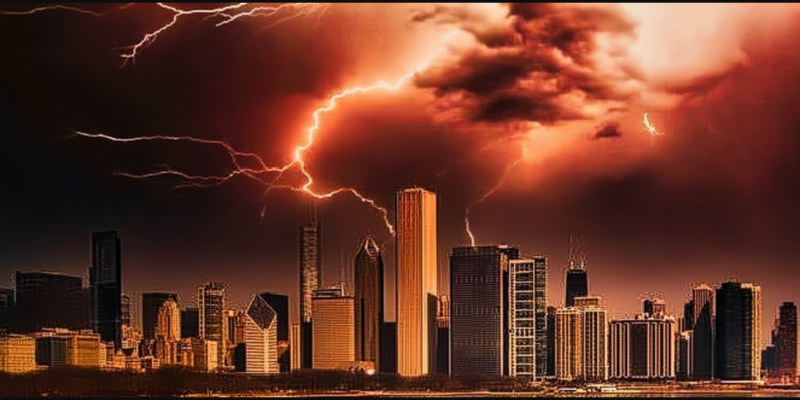 The wealthy are reveling in their giant mountains of money, but meanwhile our society is literally coming apart at the seams all around us.  The stock market has been hovering near all-time record highs, and for those at the very top of the economic pyramid these may seem like the best of times.  But for most Americans, the “good old days” are a long distant memory.  More than 70 million new claims for unemployment benefits have been filed over the past year, poverty is absolutely exploding all around us, and crime rates are shooting higher at an unprecedented rate.  In fact, one study of 34 big U.S. cities found that their murder rates rose by an average of 30 percent in 2020…

A study by the National Commission on Covid-19 and Criminal Justice found that murders increased by 30% across 34 large U.S. cities.

In some areas, carjackings, robberies, shootings, sexual assaults and violence have become so common that it seems like the crime literally never stops.

Unless you have a death wish, there are certain parts of Los Angeles, Minneapolis, Chicago, Philadelphia and Baltimore that you should never enter night or day.  If you doubt me, just go wander the streets of the worst neighborhoods of those cities and see what happens to you.

This was supposed to be a year when crime rates began to return to normal, but instead they are on the rise again.  One study that looked at 37 large U.S. cities found that murder rates are up by an average of 18 percent so far in 2021…

The big increase in the murder rate in the United States in 2020 has carried over to 2021.

A sample of 37 cities with data available for the first three months of this year shows murder up 18 percent relative to the same period last year.

What is truly frightening is that this is about as good as things are going to get in America from here on out.

So if murder rates are spiking this much under relatively good conditions, what will our cities look like when things get really crazy?

Some of the crimes that we are witnessing are almost too horrible for words.  For example, just consider what just happened to a 12-year-old boy in Miami…

A suspect in a black car kidnapped the boy at about 2 a.m. early Saturday morning from a Miami street, according to the Miami-Dade Police Department.

He drove a few blocks, raped the boy, and then shoved him out of the car and drove off, police said.

A good Samaritan on a bike near the scene of the crime came to the boy’s rescue. He was bleeding from the head and said he had been shot.

How sick do you have to be in order to do something like that?

Sadly, I could write about nightmarish crimes such as this every single day of the week if I wanted to, because they happen constantly.

Much of the crime boom is being fueled by gangs.  There are more than 100,000 gang members living in the city of Chicago alone, and a steady stream of illegal immigrants ensures that the gangs will always have an influx of new recruits.

Securing our borders would go a long way toward solving this problem, but we refuse to do that.

Just recently, a sheriff in Texas took a reporter from the Daily Mail down to “the easiest illegal border crossing along the Rio Grande”…

The crossing point is on private property where an abandoned house sits on a quiet rural street that runs parallel to the Rio Grande, about 5 miles out of town from Del Rio, Texas, 150 miles southwest of San Antonio.

When the river is low, immigrants can wade across the Rio Grande in about five minutes.

Authorities know that hordes of people come across the border at this spot each week, but they won’t stop it.

Of course any immigrants that are detained need to be held somewhere, and facilities at the border are already packed beyond overflowing.  In particular, the infamous facility in Donna, Texas is already holding more than 10 times more migrants than it was designed to hold…

The U.S. Customs and Border Protection (CBP) holding facility in Donna, Texas, is supposed to house no more than 250 migrants during the coronavirus pandemic.

On Tuesday, the tent complex was holding more than 4,100 migrants, including 3,200 unaccompanied children, according to Oscar Escamilla, a Border Patrol official in the Rio Grande Valley who briefed reporters during the first press tour of a CBP facility under President Biden.

So much of the immigration debate is focused on the unfortunate children that are being held in places such as this, but that is just a drop in the bucket.

Each week, thousands of grown men illegally cross the border without being detained at all.  Many of those grown men end up in our core urban areas, and with few legitimate employment prospects available many of them turn to crime.

In an article that I published yesterday entitled “We Have Never Seen A Home Buying Frenzy Quite Like This”, I discussed the fact that we have seen a mass exodus from our core urban areas over the past year.  Millions of Americans have been looking to buy homes in desirable rural and suburban locations, and this has pushed housing prices into the stratosphere.

Today, I came across another example of this phenomenon.  122 offers were made on a 1,400 square foot home that was listed for sale in Citrus Heights, California in just one weekend…

A Citrus Heights home in a quiet cul-de-sac received 122 offers in one weekend on the market.

The 1,400 square feet home has three bedrooms, two baths and a spacious backyard with a swimming pool and an asking price of $399,900.00.

The real estate agent that listed this property was astounded to receive so many offers, because it wasn’t underpriced at all…

As for the couple that sold the house, they don’t need it anymore because they are moving to Idaho.

As conditions in the United States continue to deteriorate, we will continue to see people flock to rural and suburban communities at an unprecedented rate.

So if you are planning to move, I would not wait.

Millions of Americans have already been priced out of the market, and the feeding frenzy is not going to subside any time soon.