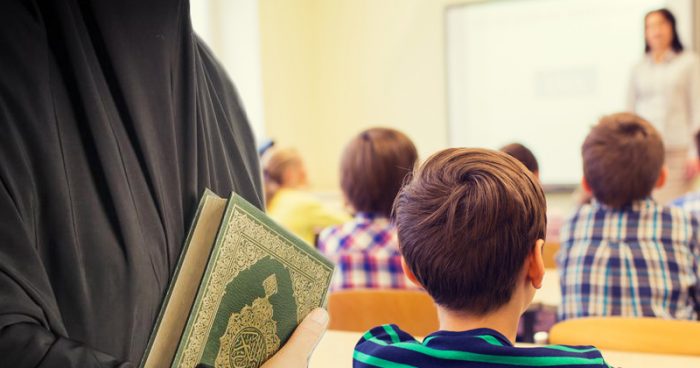 How would you feel if your child was forced to memorize and sing Islamic songs while at school?

This is precisely what just happened at one school in Austria…

Catholic children at a school in Linz, Austria were forced to memorize and recite Islamic songs during Ramadan or face punishment, according to one shocked parent.

“We were on our way home when he suddenly started to sing ‘Allah, Allah’,” the mother said, adding, “It felt like a slap in my face!”

Her son subsequently told her that children were ordered to “get involved” and that if they failed to do so were told, “We’ll have to go to the director and then there’ll be a punishment.”

The entire program lasted for two months, with a dedicated Islamic religious teacher attending the school and directing the pupils, “to learn the appropriate Ramadan songs, because the whole class must celebrate this festival,” reports Voice of Europe.

Europe is becoming a little bit more Islamic with each passing day, and the western world better start waking up…