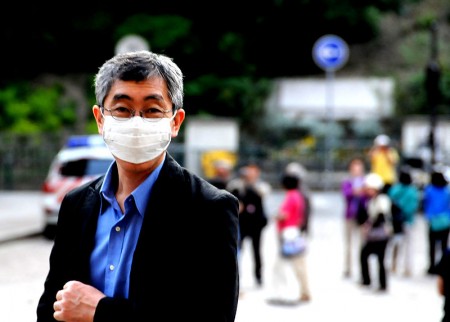 Despite repeated assurances that the Ebola virus cannot be transmitted via airborne particles, the CDC is concerned about that very outcome and has directed airline staff to take steps to prevent the spread of “infectious material through the air.”

While Ebola is highly contagious, the risk of a full blown pandemic has been downplayed by health authorities because, according to our current understanding of the virus, Ebola, “is not airborne and is transmitted through contact with bodily fluids, including sweat and blood.”

However, with concerns rising that the current strain of the virus, which is the worst in history and has killed 887 people, could in fact be airborne, the Centers For Disease Control has implemented steps to prevent its spread via international air travel.

The advisory urges airline staff to provide surgical masks to potential Ebola victims in order “to reduce the number of droplets expelled into the air by talking, sneezing, or coughing.” (emphasis mine).

The CDC is also directing airline cleaning personnel to, “not use compressed air, which might spread infectious material through the air.” (emphasis mine).