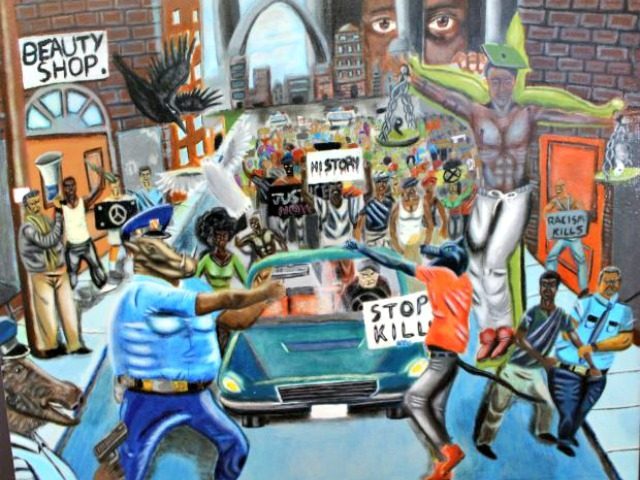 According to a report, the Congressional Black Caucus (CBC) intends to sponsor a ceremony in the U.S. Capital to re-hang the offensive, anti-cop painting depicting police as pigs. Members of the Caucus are insisting that they are “defending the Constitution” by re-hanging the controversial artwork.

The news of the CBC’s intentions was made public by a January 9 tweet from Fox Business Network contributor Charles V Payne.