Skip to content
FacebookTwitter
At least one Democratic congressman is “very very upset” with the idea that President Obama was shooting in Denver with Colorado governor John Hickenlooper today rather than visiting the southwestern border.

“When I saw that, it just really floored me,” said Representative Henry Cuellar of Texas, who has been quite vocal in his criticism of the administration’s handling of the issue. “If he’s saying he’s too busy to go down to the border, but you have time to drink a beer, play pool, the optics and the appearance just mean he’s not paying attention to this humanitarian crisis.” 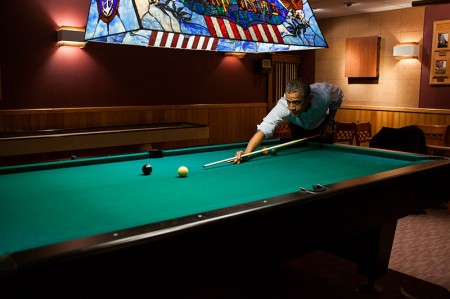