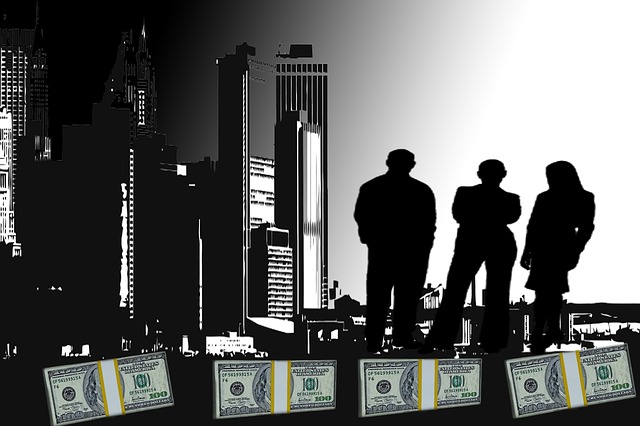 Globally there are over $9 trillion worth of borrowed US Dollars in the financial system. When you borrow in US Dollars, you are effectively SHORTING the US Dollar, reports Pheonix Capital on ZeroHedge.

Here is a chart of the inverted US Dollar (meaning when the Dollar rallies, the black line falls) and commodities (the blue line). Note that the commodity collapse tracked the US Dollar rally almost tick-for-tick.

This is just the start of a worldwide implosion. Globally there are over $555 TRILLION in derivatives trades based on interest rates. What’s happening in commodities now is literally just the tip of the iceberg.”

$234 Trillion of these derivatives are held by 4 major banks in the US.

Earlier this month, it was revealed that the banks now have the power to confiscate depositors’ money in times of financial crisis. And not just money that’s over the FDIC limit, but everything you have in the bank, as the FDIC is woefully underfunded to cover depositors’ losses of any amount.

The 4 Banks with the Biggest Derivatives Exposure

These are the most dangerous banks that will be the first to fall, and the first to claim their depositors’ money:

Citibank is the Most Vulnerable, Holding $70 Trillion in Derivatives

Citibank not only increased its total derivative holdings by $1 trillion in Q2, but by a whopping, and perhaps even record, $9 trillion in the just concluded third quarter to $70.2 trillion, making it the most vulnerable bank of all.

Earlier this month, it was revealed that the banks now have the power to confiscate depositors’ money in times of financial crisis. And not just money that’s over the FDIC limit, but everything you have in the bank, as the FDIC is woefully underfunded to cover depositors’ losses of any amount.

“Nothing will ever change, until what little is left of America’s middle class realizes just how corrupt the American system of government has become, and changes it.
“With $303 trillion derivatives it has just been saddled with, it is now far too late.”