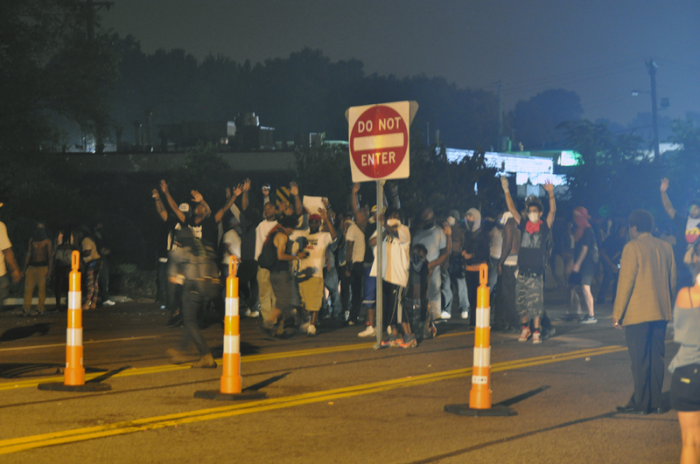 According to Thomas Jackson, the Ferguson Police department is ‘pursuing’ an investigation into whether Brown was in part responsible for starting last weeks fiery riot by screaming ‘Burn this motherf****r down! Burn this bi**h down!’ on discovering the grand jury’s decision.

Speaking on Monday night’s Fox News, Jackson was asked by host Sean Hannity whether he believed charges should be pressed against Head for his role in the disturbances that evening, posing the question, ‘Is that inciting a riot?’

In reply, Jackson said, ‘We are pursuing those comments. And there is a lot of discussion going on about that right now. But I really can’t get into that right now.’