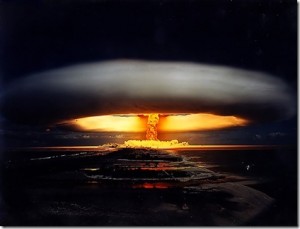 Iran has disclosed that it has been building a secret second nuclear site, and much of the world community is responding with outrage.

News out of the G20 is that the world’s leading nations have agreed that the G20 group is to become a “permanent” body in charge of directing the world economy.

You know things are getting bad when mainstream media outlets run headlines like this: “Obama to Usher In New World Order at G-20”.

U.S. health officials are announcing that H1N1 swine flu vaccines should be in some doctors’ offices as early as October 5th.

Evidence is emerging that the seasonal flu vaccine actually increases the risk of contracting the H1N1 swine flu.

In preparation for swine flu vaccinations next month, Washington state’s Health Department has temporarily suspended a rule that limits the amount of a mercury preservative in vaccines given to pregnant women and children under the age of 3.

Even Fox News interviewed a doctor who says that the swine flu vaccine is dangerous.

Verichip Corporation is developing a “flu detecting microchip” and is hoping that  it will be as widely used as possible.

The G20 protests in Pittsburgh are the first time that U.S. forces have ever used sound cannons against American citizens.

According to Russian President Dmitry Medvedev, Russia and the United States are discussing the possibility of slashing the number of nuclear weapon delivery vehicles by over 67%.

A 19-year-old Jordanian man has been accused of trying to blow up a downtown Dallas office tower.

Spain has expelled a group of Israeli scientists from a state-funded solar energy competition just because they are based in the West Bank.

The commander of U.S. and NATO forces in Afghanistan says that he was surprised by the strength of the enemy when he arrived this summer.

A new effort to redefine marriage in California has taken a big step forward.

Lastly, American households watch television for over eight hours a day on average – twice as long as people in any other nation.