Photos from the tiny town of Pilger, Nebraska show a community devastated after 200MPH winds ripped though and leveled entire neighborhoods, gutted the town’s middle school and destroyed it’s Farmer’s Co-Op and much of its farming infrastructure as corn silos crumpled in the face of the winds.

As Monday evening turned to night, two casualties had been reported, with at least 16 critically injured in the area. At least one of those killed was a child. 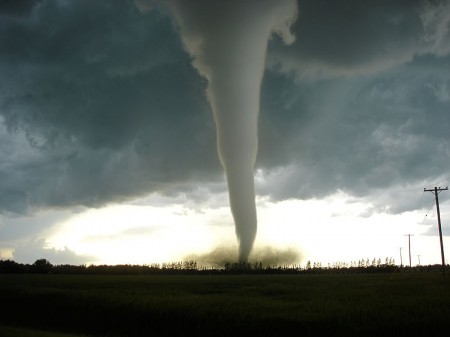