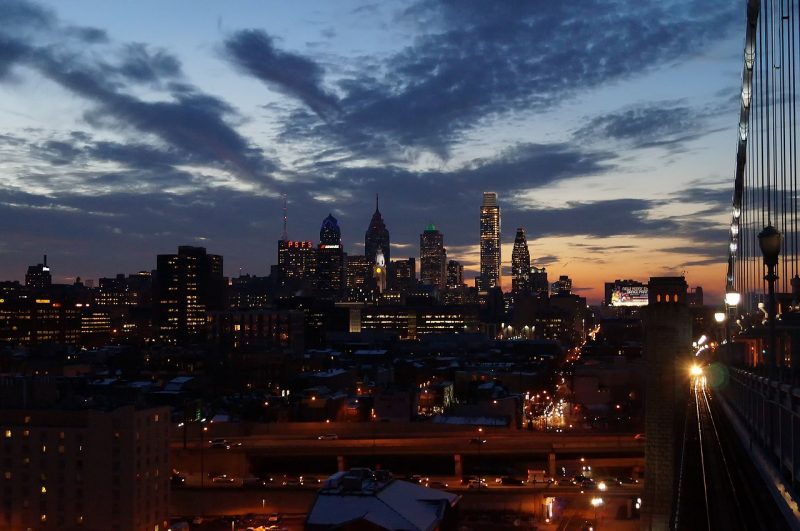 If you live near a major U.S. city, you don’t have to go to a movie theater to see a horror show.  Instead, just find out where fentanyl-laced heroin is being sold and go hang out with the drug addicts for a few hours.  If you survive the encounter, it will be an experience that you will never forget.  In city after city, hopelessly addicted men and women wander the streets of our core urban areas like zombies.  Unfortunately, many of them won’t last very long because it is exceptionally easy to die from a fentanyl overdose.  As you will see below, drug overdose deaths in the U.S. were up 30 percent last year, and fentanyl was the main reason.

Earlier today I came across a video of the streets of Philadelphia that really struck a chord with me emotionally.

Philadelphia played such a critical role in the American Revolution, and it was once such a beautiful city.

But as this video clearly shows, it has now become a complete and utter hellhole.

While we were screwing around in Afghanistan they turned Philadelphia into this pic.twitter.com/sIj5Em51zn

How can city officials just stand aside and do nothing as this goes on day after day?

Down on Kensington Avenue, you can buy a bag of fentanyl-laced heroin for as little as five dollars…

The Kensington section of Philadelphia, where anyone can buy a lethal dose of fentanyl-laced heroin for $5 a bag, has been known locally as the ‘ground zero’ of America’s opioid epidemic, Philadelphia Magazine reported.

It is not uncommon for locals who pass by the area to notice men lying motionless on the sidewalk.

Syringes and needles are also frequently seen out and used in plain sight.

Authorities know that this is going on right out in the open, and they do nothing to stop it.

Needless to say, what is happening in Philadelphia is just a very small fraction of the overall crisis that we are facing in this country.

From coast to coast, thousands upon thousands of addicts are dying.

In fact, the number of drug overdose deaths in the United States was up 30 percent last year…

The provisional drug overdose death statistics for 2020 confirmed the addiction field’s worst fears. More people died of overdoses in the United States last year than in any other one-year period in our history. More than 93,000 people died. The increase from the previous year was also more than we’ve ever seen—up 30 percent.

These data are telling us that something is wrong. In fact, they are shouting for change.

Fentanyl and engineered substances that mimic fentanyl are being shipped into this country in vast quantities.  These substances can be “100 times stronger than meth or heroin”, and they are super addictive.

But they are also super deadly.  It has been reported that an amount of fentanyl equivalent to “two grains of salt” can kill you.  It is so easy to make a mistake when dealing with fentanyl, but addicts just keep coming back for more.

Sadly, a 39-year-old female comedian learned this the hard way when she almost died the other night after taking some fentanyl-laced cocaine…

A comedian who is said to have taken fentanyl-laced cocaine that killed three people at an LA house party has told a friend that she is recovering from the incident.

Kate Quigley, 39, texted friend Brian Redban Sunday to say: ‘I’m alive. Not great. But im OK,’ with Redban sharing a screenshot of the message on his Instagram Sunday.

Of course wherever there are people that are extremely addicted to illegal street drugs there is also going to be lots of crime.

So far this weekend, dozens of people have been shot in the city of Chicago, and criminals have become so brazen that they are now literally trying to haul away entire ATM machines…

Someone has been trying to steal entire ATMs from businesses in Chicago, and has succeeded at least once.

Chicago Police said that burglars tried to use a blow torch and pry tools to open an ATM outside a business. In two other robberies, they smashed a window or door and tried to steal the ATM. In one instance, they did walk away with an ATM.

I don’t know why anyone would still want to live in the city of Chicago at this point.

Of course the exact same thing could be said for dozens of other major U.S. cities.

As the economic suffering in this nation intensifies, it is inevitable that even more people will turn to drugs to try to deal with the pain.

I am seeing so much hopelessness and despair out there right now, and turning to something that will instantly make you feel good can seem like a really easy answer.

But in the end it can send you to the grave.

Right now, Democrats in Washington are debating whether they should extend the enhanced unemployment benefits that are expiring…

President Joe Biden and congressional Democrats are facing pressure to extend federal pandemic-related unemployment benefits set to expire this weekend for millions of American workers, as the Delta variant continues to surge and job growth slows.

Three federal jobless aid programs, first put in place by former President Donald Trump’s administration last March, will lapse Monday, with an estimated 7.5 million unemployed workers set to lose all their benefits. An additional 3 million will no longer receive a $300 weekly boost to the unemployment benefits provided by their state, according to estimates from the Century Foundation.

In order to extend those benefits, we would have to borrow more money, and we can’t afford to do that.

But if we don’t extend those benefits, even more Americans will fall into poverty, and that will lead to more hopelessness and despair.

We live at a time when more Americans than ever are dependent on the government, and that is very alarming because socialism always ends up collapsing.

As Margaret Thatcher once said, socialist governments “always run out of other people’s money” eventually.

Unfortunately, the United States has been marching down a socialist path for a long time, and if we stay on this course it won’t lead anywhere good.

There are consequences for the decisions that we make, and the drug addicts that endlessly wander our city streets are just one example.

So many of those addicts could have been doctors or lawyers or business executives, but instead they have willingly chosen to destroy themselves.

Of course our society as a whole is willingly destroying itself, and little time remains to do anything about it.