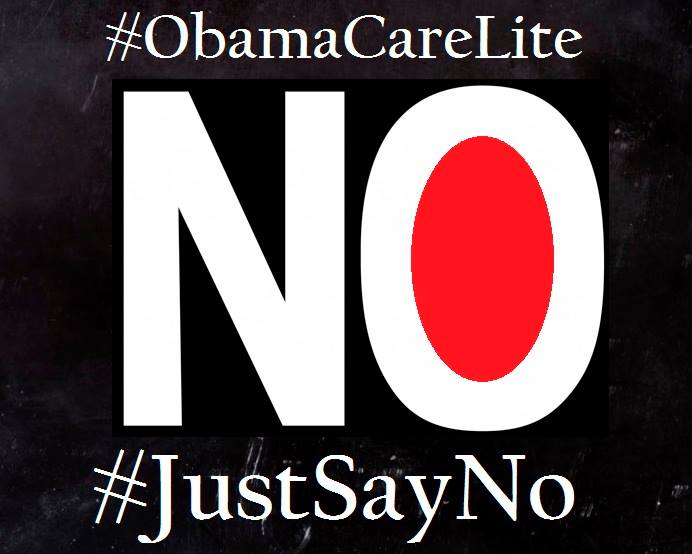 Are we going to see a dramatic stock market plunge if the effort to get “Obamacare Lite” through the U.S. House of Representatives ultimately fails? On Thursday, a vote on the Republican healthcare bill was postponed once it became clear that there would not be enough votes for it to pass. House Republican leaders are still optimistic that there will still be a vote on Friday, but that is far from certain. Many strong conservatives in the House are balking at supporting this bill because while it does eliminate a few of the most troublesome provisions of Obamacare, it keeps many of the elements of Obama’s signature healthcare law that have proven to be popular with the American people. In other words, this bill is much more about “tweaking” Obamacare than “repealing” it.

This is the first major legislative test for President Trump and House Speaker Paul Ryan, and so far they are failing. House Republican leaders have gone into panic mode, because a “no” vote could have some very serious implications outside of Washington. In fact, one member of Congress is warning that if this bill does not pass that we could see the Dow drop 1,000 points in a single day…

It happened in real life on Sept. 29, 2008, when the House first voted on a Wall Street bailout intended to stem the financial crisis. In a swirl of uncertainty, Republican members stampeded to “no,” defeated the measure and watched the Dow tumble by more than 700 points. The same thing could happen on the GOP health bill, a veteran member told CNBC on Thursday — only bigger.

“If this goes down, we could take a 1,000-point market hit,” the member said. To be sure, traders and investors tell CNBC the market likely will go lower if there is no compromise Thursday, but the decline won’t likely come near a 1,000-point drop. That would represent a nearly 5 percent drop in the Dow, a bit less than the 7 percent decline when the index fell 777 points in September 2008.

And even if this bill does pass, we are probably headed for some sort of significant downturn anyway. Sven Henrich has just told CNBC that he believes that “the market could see a 5 to 10 percent drop in the near term”…

The market has enjoyed a stellar bull run, but a correction is likely looming, according to Sven Henrich, also known as the “Northman Trader.”

A very long-term analysis of the S&P 500, in conjunction with a look at the CBOE Volatility Index, leads Henrich to believe the market could see a 5 to 10 percent drop in the near term.

But fixing our failing healthcare system is far more important than trying to prop up the financial markets, and so the strong conservatives in the House are quite right to stand by their principles.

Simply “tweaking” Obamacare is not going to fix anything, and it is extremely disappointing that President Trump and Paul Ryan are advocating such an approach.

Thankfully, there are a number of strong conservatives in Congress that are willing to take a stand for what is right even if it means standing up against their own party. One of those principled conservatives is Senator Rand Paul, and he says that right now there are at least 35 Republican “no” votes in the House, and that would be enough to kill the bill…

I think there’s easily 35 no votes right now so unless something happens in the next 24 hours, I would predict they pull the bill and start over. I think if conservatives stick together, they will have earned a seat at the table where real negotiation to make this bill an acceptable bill will happen. But it’s interesting what conservatives are doing to change the debate. We went from keeping the Obamacare taxes for a year—hundreds of billions of dollars—but they’re coming towards us because we’re standing firm. So we have to stick together, and if we do stick together there will be a real negotiation on this. The main goal I have is not to pass something that does not fix the situation. If a year from now, insurance rates and premiums are still going through the roof and it’s now a Republican plan it will be a disservice to the president and all of us if we pass something that doesn’t work.

If this bill is ultimately defeated, I have an idea that might work.

Why don’t we get the government out of the healthcare business entirely?

Once upon a time when we actually let the free market determine the allocation of healthcare resources, we had the best healthcare system in the entire world.

But after decades of experimenting with socialist principles and adding mountains of rules, regulations and red tape to the system, we have a giant mess on our hands.

Either we need to go back to a true free market system, or we might as well go ahead and just socialize the entire thing.

Right now, hard working families have to pay for their own healthcare and also pay for the socialized healthcare that more than 125 million other Americans are receiving.

Yes, when you add up all of the Americans that are on Medicaid, CHIP, Medicare and other government programs, it comes to more than 125 million people.

So a lot of hard working families are scared to ever go to the hospital because their insurance deductibles are so high, and yet their taxes go to pay for all of the free healthcare that people on government assistance are receiving.

If the government is going to pay for the healthcare for nearly half the country, why should the rest of us have to pay for ours?

What we have now is such a ridiculous system, and what President Trump and Paul Ryan are proposing is not “free market” in any way, shape or form.

So I say let this horrible bill fail even if it means that financial markets will freak out for a little while.

Hopefully what transpires over the coming days will cause Republican leadership to go back to the drawing board, and a clean repeal of Obamacare would be a really good place to start.