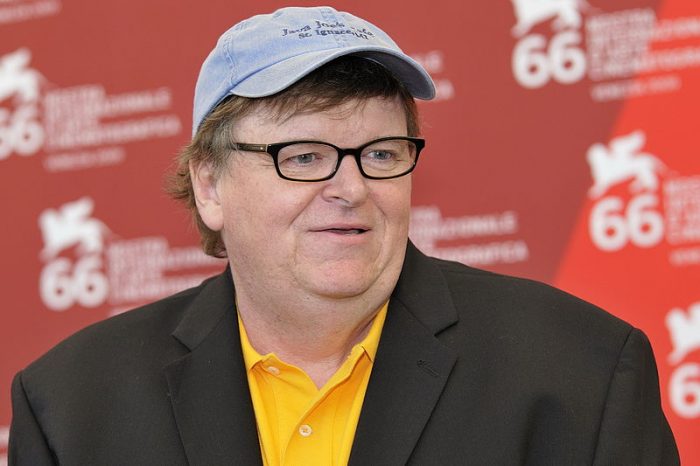 Michael Moore, the ultra-liberal documentary filmmaker who infamously predicted a Trump victory well before election night last November by stunningly calling Michigan, Wisconsin, Ohio and Pennsylvania for the Republican nominee, has, over the past 24 hours, decided to broadcast his latest nervous breakdown over Twitter for all to see.

It all started with the following tweet storm posted by Moore in the wee hours of the morning saying that, among other things, “Flynn DID NOT make that Russian call on his own” but rather “was INSTRUCTED to do so.”  Moore went on to insist that Flynn was just the first of several senior Trump advisors that would inevitably be fired and predicted that “Miller & Bannon” would be next before calling on Trump himself to “Resign by morning!”

5 thoughts on “Michael Moore Melts Down; Tells Trump To “Resign By Morning” Or Face “Impeachment You Russian Traitor””