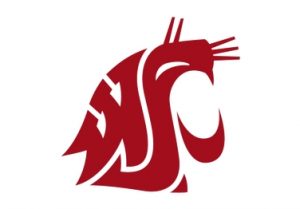 More than 2,000 students at Washington State University are sick with the swine flu.

The lungs of people who have died from H1N1 swine flu look more like those of the victims of H5N1 bird flu than those of people who succumb to regular flu.

The CDC has released new findings that indicate that the swine flu is deadliest among young children.

The health care bill under consideration in the U.S. House of Representatives would give Barack Obama the authority to name a new federal “Health Choices Commissioner” who would have sweeping power to dictate health coverage.

Nancy Pelosi says that if there is no “public option” in the health care legislation there will be no bill.

The controversy over Barack Obama’s planned address to America’s school children is exploding.  Republican Texas Governor Rick Perry says that he is “certainly not going to advise anybody not to send their kids to school that day”.

Unemployment in the United States has hit 9.7 percent, but others are saying that even that number drastically understates the true amount of unemployment out there.

The leader of Georgia’s breakaway region of Abkhazia has ordered the destruction of Georgian ships if they enter the region’s territorial waters.

The Huffington Post has posted a story with photos of trucks that are carrying nuclear weapons around the United States right out in the open.

An Irish poll shows a substantial slump in support for the Lisbon treaty.

It’s that time of the year again…..it’s time for the pagan Burning Man festival in the Nevada desert which seems to get more popular every single year.

Lastly, thousdands of Christians plan to gather at courthouses around the country on 9/11 to pray for a new “great awakening”.