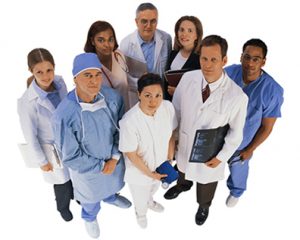 According to a new poll, two out of every three practicing physicians oppose Obama’s health care reform plan, and 45 percent would think about shutting down their practices or retiring early if it were adopted.

The Obama administration has privately concluded that the cap and trade law would cost the average American family $1,761 per year.  Do you have that much extra money sitting around?

An Iranian proposal prohibiting military attacks against nuclear installations worldwide has been approved by the IAEA.

The Palestinians anticipate having their own state within the next two years with the help of Barack Obama.

One researcher has uncovered disturbing indications that the swine flu vaccine may indeed contain squalene along with a number of other very dangerous ingredients.

The Obama administration is pushing ahead with plans to require every single American to buy health insurance.  But doesn’t that violate the Constitution?

Did “Soros Money” finance the career of communist Van Jones?

The Obama administration supports extending three key provisions of the Patriot Act that are due to expire at the end of the year.

There will be a hearing for House Resolution 1207, which would subject the Federal Reserve to a real independent audit for the first time ever.

A recent poll conducted by highly respected Rasmussen Reports has found that 75 percent of Americans support an audit of the Federal Reserve.

U.S. commercial banks have roughly 202 trillion dollars tied up in incredibly shaky derivatives.  Are there signs that the derivatives pyramid is about to crash like a house of cards?

A new study has revealed that the economic crisis has made Europe the richest region in the world, as North America has experienced a dramatic decline.

The Iraqi journalist jailed for throwing his shoes at President George W. Bush claims that he was water-boarded in prison.

According to a new book, former NFL player Pat Tillman who was killed in Afghanistan thought George W. Bush was a “cowboy” and that the Iraq war was an “imperial folly”.

Bill Sardi has written a very insightful article about the swine flu vaccine with this provocative headline: “Eighteen Reasons Why You Should NOT Vaccinate Your Children Against The Flu This Season”.

Be careful what comments you make on one of the White House’s sites. The Obama administration is actually collecting and storing comments and videos put on its social networking sites such as Facebook, Twitter and YouTube without notifying or asking for the consent of the site users.

Will outdoor smoking soon be banned in New York City?

The mystery continues – was the “star child” skull from the remains of a deformed human child or is there a possibility that it could be from something else altogether?

Shades of Terminator?  An American “Reaper” flying hunter-killer robot assassin in action in Afghanistan rebelled against its human controllers on Sunday, and a human-controlled U.S. fighter jet was forced to shoot the rogue machine down before it unilaterally invaded a neighbouring country.

Lastly, Muhammad is now the most popular name for baby boys in London.