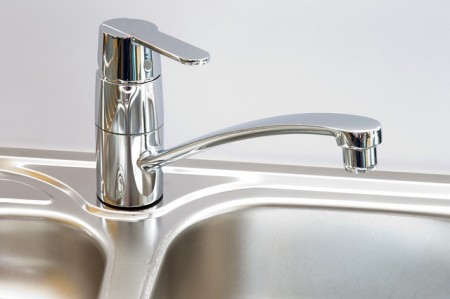 The old man knew of the $500-a-day fine for people caught wasting water. He heard the plea for conservation from Governor Jerry Brown. But the water police can’t scare a person whose water isn’t running in the first place.

“Look,” said Carlos Chavez, a retired farm hand in the small town of Seville. He turned the wheel on a big outdoor faucet, the kind of high pressure spigot that’s illegal to operate in California without at least a hose attached to it. Nothing came out except air. It was the same story inside his home, where his plates piled up beneath a kitchen faucet as dry as the shop model.

As the California drought approaches its fourth year, Seville’s well is one of hundreds of private water holes coughing up sand and spitting air in the Central Valley, according to Tulare County officials. As many as 100,000 more wells are at risk around the state if the rains don’t come by October.