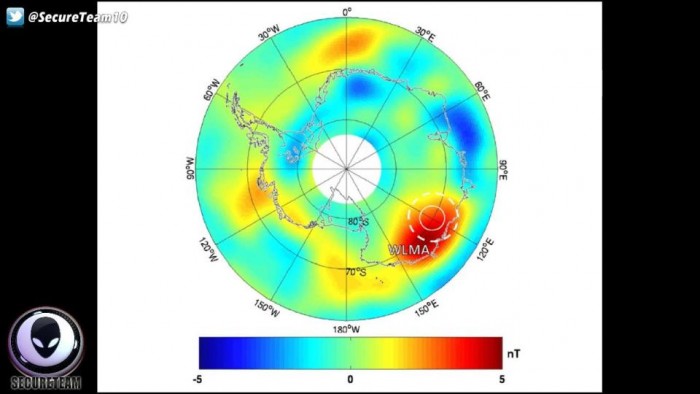 It stretches for a distance of 151 miles across and has a maximum depth of about 848 meters.

Some researchers believe it is the remains of a truly massive asteroid which was more than twice the size of the Chicxulub space rock which wiped out the dinosaurs.

If this explanation is true, it could mean this killer asteroid caused the Permian–Triassic extinction event which killed 96 percent of Earth’s sea creatures and up to 70 percent of the vertebrate organisms living on land.

However, the wilder minds of the internet have come up with their own theories, with some conspiracy theorists claiming it could be a massive UFO base or a portal to a mysterious underworld called the Hollow Earth.