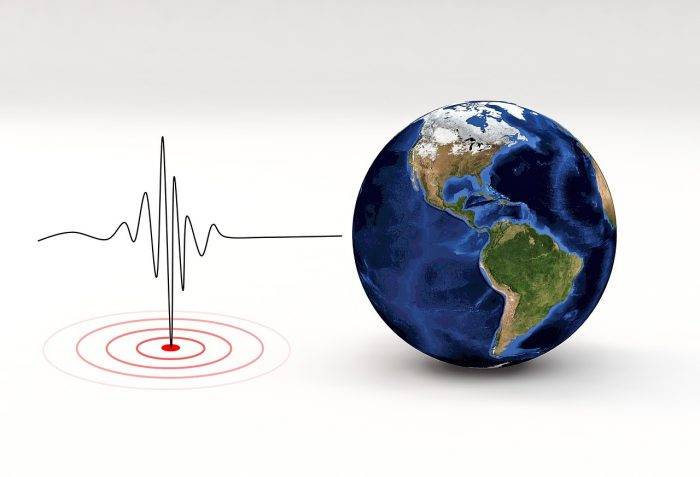 Why is the number of earthquakes happening around the world increasing so dramatically? In recent days, we have seen very large earthquakes in Venezuela, Fiji, Italy and elsewhere. Here in North America, significant quakes have rattled Oregon, Alaska and the west coast of Mexico. As I reported on all of these important seismic events, it sure seemed like the number of earthquakes was rising, but I wanted to be sure. I once worked as an attorney, and I was trained to only come to conclusions that were warranted by the facts. So I decided to pull up the numbers, and what I discovered was extremely alarming. I turns out that the number of earthquakes that we have witnessed over the last 30 days is more than 50 percent above normal. Of course the Earth is constantly being pummeled by quakes, but this is a huge deviation from the norm. Could it be possible that we have entered a time when major Earth changes are going to start happening on a regular basis? If so, what does that mean for the future of our society?

If you go to Earthquake Track, you will find the latest data on all earthquakes that have happened all over the planet.

According to their numbers, there have been 82,845 earthquakes of magnitude 1.5 or greater over the last 365 days. That is an enormous number of earthquakes, but most of them are so small that they can’t really be felt.

When you divide 82,845 earthquakes by 365 days, you get an average of about 227 earthquakes per day over the past year.

That means that the number of earthquakes over the last 30 days is more than 50 percent above normal, and that is big news. Unfortunately, the mainstream media in the United States is almost entirely ignoring this story because they are preoccupied with other things at the moment.

Most of the earthquakes over the last 30 days have happened along the Ring of Fire, and a British news source tells us that over 90 percent of all quakes tend to happen along this seismic zone which roughly encircles the Pacific Ocean…

The Pacific Ring of Fire is the most geologically active region in the world.

More than 90 percent of earthquakes occur here, as well as 22 or the 25 biggest volcanic eruptions in history.

The entire west coast of the continental United States and the entire southern coast of Alaska fall directly along the Ring of Fire. Over the past several days Alaska has been hit by dozens of earthquakes, including a huge magnitude 6.3 shaker…

The eruption, which occurred in the remote Andrean of Islands region of Alaska, happened at around 4.30am BST and had a depth of 27 miles.

There has been a total of 35 earthquakes in Alaska in the last two days, ranging from 2.5 in magnitude to 6.3 according to the USGS.

There have also been some quakes off the west coast of the U.S., but so far California itself has been largely unaffected.

However, the experts assure us that California is “overdue” for a major earthquake…

Richard Aster, Professor of Geophysics at Colorado State University, warned recently California is in an “earthquake drought” and overdue a 7.0 quake.

He said: “Although many Californians can recount experiencing an earthquake, most have never personally experienced a strong one.

“For major events, with magnitudes of seven or greater, California is actually in an earthquake drought.”

The fact that there hasn’t been a very large quake in the region for a very long time may be a really bad sign, because tectonic stress along the Juan de Fuca plate is constantly building up.

At some point that stress must be released, and that is when we will see “the Big One”…

Geologist Erik Klemetti said: “The Big One will be generated by the stress built up as the Juan de Fuca plate off the coast of Oregon, Washington, California and British Columbia slides underneath North America.

“The plates can stick, creating stress that is sometimes released as giant earthquakes – and many smaller ones.

The west coast of the United States is the center of the global tech industry. If the “Big One” were to hit, it would be absolutely crippling for the entire global economy.

And I don’t know if this is related to seismic activity, but ocean temperatures off of the California coast have been hitting unprecedented record highs in recent weeks. Experts are warning that millions of sea creatures are “in real peril” as temperatures rise to levels that may cause sea creatures to start dying off in massive numbers.

This is yet another story that the mainstream news is “too busy” to talk about.

Our planet is undergoing dramatic changes, and this is something that I have been writing about for a long time, but now those changes appear to be greatly accelerating. Earthquake swarms come and go, but for the total number of global earthquakes in a 30 day period to be more than 50 percent above normal is definitely unusual.

Hopefully all of this seismic activity will settle down in September, but what if it doesn’t?

What if our planet continues to become even more unstable and unprecedented seismic events begin devastating major cities all over the globe?

As I have previously warned, a dramatic rise in planetary instability could have very serious implications for the future of our society. We are already teetering on the precipice of global systemic collapse, and it definitely wouldn’t take too much to push us over the edge.