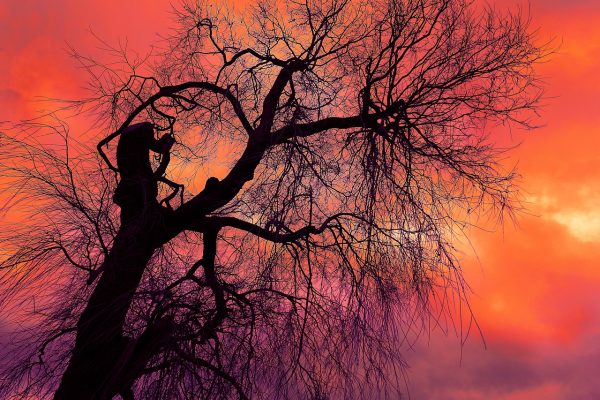 Sonja Craighead is warning that America is about to experience perilous times that will be unlike anything we have ever seen before.  If you are not familiar with Sonja Craighead or her track record of prophetic accuracy, please see my previous article entitled “Prophecies From A 17 Page Letter That Was Sent To Us More Than 2 Years Ago Are Being Fulfilled Right Now”.  In 2019, extremely precise prophecies that she gave in 2017 were fulfilled in the exact states where they were supposed to be fulfilled.

So considering her track record, I would take this new warning very, very seriously…

2019 has certainly been a year of changing and unusual weather patterns.  Areas throughout the US have had record rain, hail, flooding, heat, earthquakes, etc.  Multiple states were devastated this past spring with deadly flooding.  In December 2017 G-d had shown me that in the future, Nebraska  and the Dakotas would see horrendous losses of cattle lying dead in fields from terrible storms.  In early 2019 in grief we watched on TV the news reports showing drowned herds of cattle lying in Nebraska fields.  News reported that in Nebraska alone over 1 million cattle were estimated to have drown in the spring of 2019 from flooding.  This summer (2019) G-d has again shown me that more devastating storms will bring catastrophic losses of cattle, hogs, sheep, and poultry in many states.  I’ve seen herds of cattle lying dead AGAIN in the Dakotas, Wyoming, and Nebraska from snow storms and blizzards. I’ve been shown horses, cattle, and poultry burning and wiped out, both houses in barns and in the open fields in Kansas, Oklahoma, and Texas. The stench of burned flesh was nauseating.  We will see tornados in more and more states not known for tornados. The same for earthquakes.  The ring of fire area in the Pacific will dramatically increase in earthquakes.  The weather extremes will continue to become more intense, more dangerous, and more damaging. The cold weather temperatures will set record setting cold lows.  The hot weather temperatures will become hotter and more extreme also.  Humidity in some southern states will cause many heart attacks, breathing and asthma attacks, and health problems as never before.  Storms will pop up without warnings. We will watch storms arise without warning out of their normal seasons.  Hurricane season will soon become extended. There will be a time coming very soon where fires will become a problem in nearly every state. Fires in cities, the mountains, and the country-sides.  Arson fires, wildfires, forest fires, grass fires.  These fires will burn fast and hot and will take multiple lives, both human and animal. Florida and Georgia will lose produce from hard frosts coming to those states ruining by frost and freezing, their orange and lemon crops.

In the coming 2-3 years there will be continued weather devastations of  the US’s crops.  There will not be enough animal feeds to feed American farmers’ and ranchers’ livestock.  In the 2017 Warning to G-d’s Remnant that G-d spoke through me, He showed me crops, especially corn, rotting in fields where flooding had occurred.  We have seen this summer (2019) news footage of corn standing bent and broken, and rotting in midwestern fields.  We’ve watched fields underwater from excessive amounts of rain to remain empty of crops, because the water and mud didn’t recede enough during the planting season.  In the area where my husband and I live during the summer of 2019 we have watched many farmers plow under their hail stripped dying corn. Many American corn farmers will not have a 2019 corn crop even make it to harvest. This summer (2019) G-d has reaffirmed to me that food shortages are here…..now!  Food shortages are not coming….they are here. Yet many of G-d’s people are still blind and cannot see what is already here.  In the June 8, 2019 warning the G-d gave me, He instructed me to tell His American Remnant to pray on our knees, “….and give us this day, our daily bread…”  Each day, each of us are to pray for food that is not only available, food we can afford, but also safe to consume.  Few people seem to care about or understand the dangers of consuming genetically modified foods. Who is even paying attention or listening to the increasingly long list of food recalls?  Our government does not require the food we import to pass the same safety laws as food grown domestically in America.  Does that seem crazy to anyone?  It should!

G-d began speaking to me in early June about 2019 being His Summer of Change.  I asked Him what that meant.  He told me that a line had been crossed.  The hardness of heart of His people in America has reached a point where sin, disobedience to His laws, His statutes, and His word, are preferred by even many who claim to be His children, over repentance and obedience. During 2019’s summer, America has entered the times of food shortages, and the beginning stage of famine – without most people even understanding or realizing it.  Instead of the US being the bread basket to feed the world, we have entered the beginning stages of famine for our own citizens.  Our country has never lived in a famine.  But this summer we have entered one.  It has been sobering for me to ponder this during this summer as I’ve warned my friends and family and those that G-d has put in my path of what he has said to me and shown me.  Instead of most people being quickened to repent, people have gotten mad at me for what they called my, “being a nay sayer, being a doomsday prophet, stealing and ruining their dreams, etc.”  Yet there is the Remnant that have ears to hear and eyes to see.  These people all have said that what G-d has shown me is a confirmation of what they are hearing in prayer and seeing in dreams and visions too. They too are warning those that G-d has put in their path, and they too are being scorned and rejected by those who do not have eyes to see and ears to hear.

The next 2-3 years are going to be rough and tough for everyone.  Seek G-d with all of your heart on how to prepare and protect yourself and your family and those that G-d puts into your care. We are not to hide in fear.  We are to warn those around us. Seek Him if you are to stay living where you are or to relocate. G-d is strategically positioning his Remnant to be in places to help those that He will put in their care as the famine increases to horrific levels. Repent! Spend time with G-d asking for His direction for your daily life.  Pray daily to have ears to hear and eyes to see what G-d is telling and showing you.  The next 2-3 years food will become very unsafe.  Take the time to educate yourself on the dangers of genetically modified foods and find alternative safer sources of food.  Food, but especially safe food is going to become very expensive and very difficult to find. Do not be in fear or panic, begin bartering with those who raise safe food, etc. What happens after the next 2-3 years, I’ve not been shown or told yet.

Added info by Sonja – (Focus on learning how to garden. Bartering with others is good too.)

Lift up your eyes to G-d and ask Him for wisdom and knowledge for the days to come.  The final months of 2019 and forward each of us will feel the pinch of food shortages and the violence that will come with the panic when the population figures out the famine is here, and this is only the very beginning of food shortages.

Blessings to each of you.  Pray, repent, prepare, and be obedient to G-d’s laws and statutes. Do not be deceived by the lies that we are being told.  Do no be lulled asleep by fools who are blind to see the destruction and judgments of G-d that are unfolding each day.

G-d’s wisdom and grace be over each of you and your families!