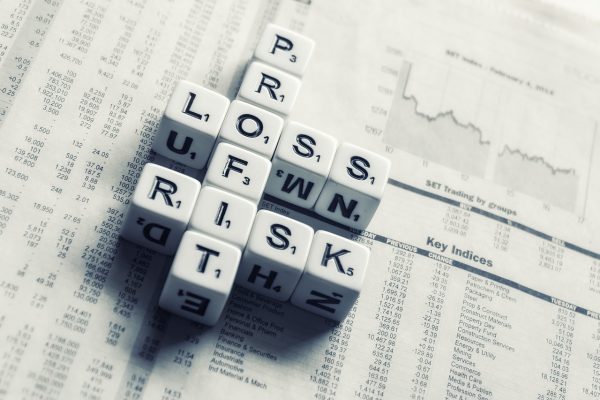 Slowly but surely, Wall Street is starting to understand that the good times are over. For months, most investors were absolutely convinced that the U.S. and China would be able to work out a trade deal because the alternative would simply be too painful for both sides. But now trade talks are completely dead, and Wall Street is starting to come to grips with the reality that we really are facing a very long trade war. Unless there is a major miracle, this trade war with China is likely to last until the presidential election in 2020, and if Trump wins it could go a lot longer than that. And of course this comes at a time when the U.S. economy is already slowing down dramatically. The economic optimism of the last couple of years is being replaced by a deep sense of gloom, and we are starting to see this reflected in the behavior of the markets.

For example, on Thursday we witnessed “dramatic” moves in the bond market as investors engaged in a rush to safety…

Investors rushed into the safety of bonds Thursday and dumped stocks, as it appeared the trade war could be prolonged and more painful for the world economy than expected.

The moves in the bond market were dramatic, with the 10-year Treasury yield dropping about 8 basis points in its biggest one-day move since April 1. At the same, traders in fed funds futures bet on the Fed making two quarter-point rate cuts by the middle of next year and possibly a third in the second half of 2020.

Meanwhile, stocks continued to fall as well, although some positive remarks from President Trump caused a bump late in the day…

Wall Street is coming to grips with the idea that the US-China trade war will get worse before it gets better.

The Dow dropped 286 points, or 1.1%, on Thursday on fears about the tariff battle slowing global growth and dinging corporate profits. The index recovered somewhat toward the end of the day — at one point it was down nearly 450 points.

Unfortunately, stocks and bonds are both telling us the exact same thing.

According to the head of short U.S. rate strategy at Bank of America Merrill Lynch, U.S. financial markets are indicating that “we’re moving toward a worst case scenario, and that could persist for quite some time”…

“The market is obviously telling you that it’s quite worried about some of the incoming data, including the PMIs this morning, the ongoing trade rhetoric and the move in risk assets,” said Mark Cabana, head of short U.S. rate strategy at Bank of America Merrill Lynch. Cabana said the market now believes a full blown trade war is coming, with taxes on all of China’s products.

“The concern the market has right now is that we’re moving toward a worst case scenario, and that could persist for quite some time. If that’s the case, then the market is believing the [weak] economic data, and the Fed will likely need to respond to that by trying to offset and prevent a recession,” he said.

Of course there is still enough hope in the marketplace to keep the floor from completely falling out from underneath investors, but at this point even CNBC’s Jim Cramer is admitting that “banking on hope” is not a good strategy…

“If you buy right now on anything other than a slammed, super-growth stock down on a general market pullback, well you’re banking on hope, and hope should never be a part of the equation,” the “Mad Money” host said.

From this point forward, we should start to see things escalate pretty quickly.

But for the immediate future, most of the focus will be on the economic consequences of the trade war, and most of the “experts” are starting to openly admit that those consequences are going to be quite painful. The following comes from CNN…

Of course Hogan is 100 percent correct. The trade war is going to hurt all of us economically, and very disturbing numbers are rolling in on a daily basis now. For example, we just learned that new manufacturing orders just fell for the first time since the last recession…

American business activity tumbled to a three-year low in May due in large part to concerns about tariffs, according to a report released on Thursday by IHS Markit. New manufacturing orders declined for the first time since August 2009.

And as I pointed out the other day, global exports have also fallen to the lowest level that we have seen since 2009.

Once the dominoes start falling, all of our economic and financial bubbles could start bursting at the same time, and that could potentially create a crisis unlike anything that any of us have ever seen before.

My wife and I are both feeling a tremendous sense of urgency right now. So many of the things that we have been waiting and watching for are starting to unfold.

Many believed that 2019 was going to represent a major turning point, and that appears to be exactly what is happening.

So hold on to your hats, because the remainder of this year is likely to be extremely “interesting”.