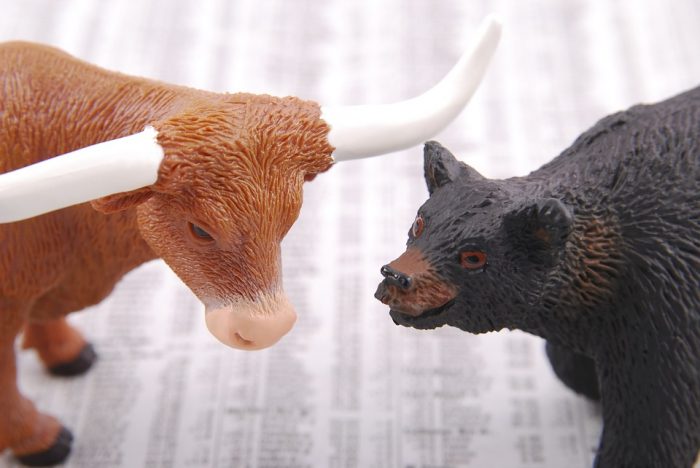 S&P 500 tech stocks have now fallen for 9 days in a row. The last time tech stocks declined for so many days in a row was in 2012, and that was the only other time in history when we have seen such a long losing streak. As I have stated before, the post-election “Trump rally” is officially done, and the market is starting to roll over as investors begin to realize that all of the buying momentum has completely evaporated. Tech stocks tend to be particularly volatile, and so the fact that they are starting to lead the way down should definitely be alarming to many in the investing community.

Of course it isn’t just tech stocks that are falling. The Dow was down another 59 points on Wednesday, and the S&P 500 has closed beneath its 50 day moving average for the very first time since the election. For those that have been waiting for a key technical signal before getting out of the market, there is one for you.

The price of gold was up again, and that is definitely not surprising in this geopolitical environment. The closer we get to war the higher gold and silver prices will go, and if we actually get into a major conflict we will see them blast into the stratosphere.

Another key indicator that I am watching very closely is the VIX. On Wednesday it shot up above 16 for the very first time since the day after Trump’s election victory, and many believe that it could soon go much higher. The following is an excerpt from a CNBC report…

The VIX measures the size of the S&P 500’s expected moves over the next 30 days, and consequently tends to run just a bit hotter than volatility over the past 30 days. Yet one-month realized volatility is just 6.7, meaning the VIX is at a roughly 9-point premium, which Chintawongvanich calls “highly unusual.”

That said, he notes that implied volatility was also at a large premium preceding the U.K. referendum to leave the EU and the U.S. presidential election. The obvious conclusion is that the market is now similarly preparing itself for the French presidential election, which is set to be held on April 23. Some fear that a populist candidate could prevail, which may cause more problems for the European Union and thus for economic stability.

As noted in that excerpt, the upcoming French election is absolutely huge. If the election goes “the wrong way” according to the globalists, it could literally mean the end of the European Union as it is configured today.

And of course of even greater concern is the global march toward war. It is being reported that North Korea is on the verge of a major nuclear weapons test, and such an act of defiance could be enough to push Donald Trump into conducting a major military strike.

But if Trump does hit North Korea, it is quite likely that North Korea will hit back. The North Koreans are promising to use nuclear weapons in any conflict with the United States, and if Trump bungles this thing we could easily be looking at a scenario in which millions of people end up dead.

Things also continue to get more tense in the Middle East. The Russians and the Iranians are promising to respond to any additional U.S. strikes “with force”, and on Wednesday Trump declared that our relationship with Russia “may be at an all-time low”.

Secretary of State Rex Tillerson and Russian President Vladimir Putin held more than two hours of “very frank” talks Wednesday in the Kremlin amid tensions over a U.S. airstrike against a Syria air base blamed for last week’s deadly chemical attack.

In remarks to reporters after the meeting, Tillerson said he told the Russian leader that current relations between the two countries are at a “low point.”

If the Trump administration conducts any more strikes on Syria, it is quite likely that the Russians and Iranians will make good on their threats and will start firing back.

And once U.S. aircraft or U.S. naval vessels come under fire, the calls for war in Washington will become absolutely deafening.

Unfortunately, Trump is not likely to back down any time soon because the recent missile strike in Syria has dramatically boosted his popularity. According to every recent survey, the American people overwhelmingly approve of what Trump did…

A Morning Consult/Politico poll released Wednesday found that 57% of Americans supported airstrikes in Syria, 58% supported establishing a no-fly zone over parts of Syria including strikes against Syria’s air-defense systems, and 63% of Americans thought the US should do more to end the Syrian conflict. Even more, 66% of respondents said they supported the Trump administration’s strike last week specifically.

This mirrored results of another recent poll from CBS News in which 57% of Americans said they approved of the US strike. A Pew Research Center survey from this week showed a similar level of support, with 58% of Americans approving of the strike.

Sadly, this is a time when the majority is dead wrong. Many of those that are supporting military action against Syria now were vehemently against it when Barack Obama was considering it.

Even Donald Trump spoke out very strongly against military intervention in Syria in 2013, and he was quite right to do so, and so what has suddenly changed that now makes it okay?

There is nothing to be gained in Syria, but we could very easily end up in a direct military conflict with Russia, Iran and Hezbollah which could ultimately prove to be the spark that sets off World War III.

And of course a military strike on North Korea could also potentially spark a global war. The first Korean War resulted in a direct military conflict between the United States and China, and the second Korean War could easily result in the exact same thing happening again.

Do the American people really want war with both Russia and China at the same time?

It has been said that you should be careful what you wish for, because you just might get it.