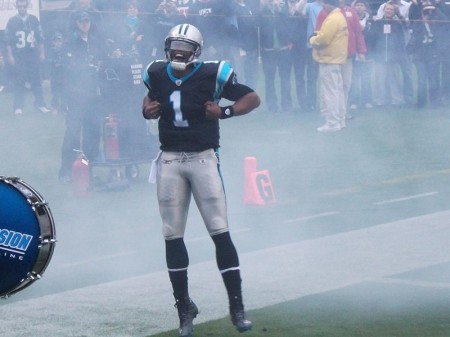 Do you remember when the NFL actually used to be about football? The NFL has become a reflection of society at large, and it has been disgusting to watch the transformation take place. And I am not talking about the reprehensible behavior of players such as Ray Rice, Adrian Peterson and Greg Hardy. The things that each of those men are accused of doing are absolutely horrible, and each one of them should have the opportunity to be held accountable for their actions in a court of law. But what I am talking about is how the NFL has become a circus of political correctness. These days, there is very little talk about what is actually happening on the field. Rather, there is endless debate about the latest scandals and about what the proper politically-sensitive response to those scandals should be. And of course the media just loves to add fuel to the fire. If they can get a coach or a player to say something that is just slightly politically inappropriate that will give them the latest “breaking news” to write about.

Why can’t everyone just shut up for a while and enjoy the most beautiful sport in the entire world?

And why does a sports league have to be a platform for shoving political viewpoints and social agendas down the throats of the fans?

Now we are even being told by some “sports journalists” that we should feel bad about liking football because of the actions of a few bad apples.

For example, the following is an excerpt from Peter King’s latest article entitled “Should We Still Like Football?“…

So, should we still like football? I’ve asked myself that a few times over the past week. I think we all have. And what I’ve come to think is this: It’s a personal decision. I can’t tell you to feel better about the gutter the NFL has fallen into, or to spend your money on one more NFL jersey or hat or Red Zone channel. It has to be your decision.

If you’re revolted by Ray Rice cold-cocking his fiancée or Adrian Peterson taking a tree branch to his 4-year-old to discipline the kid or the graphic testimony in the disturbing Greg Hardy trial, and you just can’t watch one more game, don’t. It’s your call. No one can make it for you.

Is he kidding us?

I don’t know about you, but I am not going to give up my passion for a game that I have loved since I was a child just because some guy decided to hit his wife.

The players are not the game.

Rather, the truth is that the game is far, far larger than the players.

Or it should be.

When a football player breaks the law, we have a legal system to deal with that. And football players should not be treated any differently than anyone else. When they have done something wrong, they should pay the price.

But instead, everyone seems to want to turn the NFL into the politically correct police. Just check out what U.S. Senator Kirsten Gillibrand said the other day…

Sen. Kirsten Gillibrand (D-N.Y.) signaled on Sunday that Congress may hold hearings on the NFL’s handling of domestic abuse in light of the Ray Rice case, if the league does not “police” itself.

“If the NFL doesn’t police themselves, then we will be looking more into it. We will — I wouldn’t be surprised if we have hearings,” she said in an interview with CBS’s “Face the Nation.”

And it just so happens that Gillibrand is strongly considering running for president in 2016 if Hillary Clinton does not run. Some insiders are saying that if Gillibrand does run, she has a really good shot of winning the Democratic nomination.

But I digress. Getting back to the NFL (or the No Fun League as many are calling it these days), the rules have been altered to eliminate so much physical contact that the players may as well be running around in skirts at this point.

I can understand the need to look out for player safety, but football is supposed to be a full contact sport. If the NFL is not careful, it is going to eventually become little more than flag football.

But that is not even the worst part of what is going on. The political correctness in the league office has become so extreme that even the slightest hint of anything non-politically correct is rapidly stamped out.

For example, the NFL recently banned advertisements from “Slap Ya Mama Cajun Products”…

The NFL is forcing Cox Sports Television to cancel part of its advertising deal with Cajun food products company “Slap Ya Mama” due to domestic violence issues facing the league.

In an email sent to “Slap Ya Mama Cajun Products” advertising representative Walker & Sons, Inc., Cox Media Director of Sales Marc Leunissen said that “In light of the domestic violence issues facing the NFL, they have instructed CST pull the Slap Ya Mama logo from our enhancements in the last game, Thursday, August 28…”

But perhaps someone in the league office should have asked what “Slap Ya Mama” means first before instituting such a ban. It turns out that it actually means something very positive down in Cajun country…

Jack D. Walker, vice president of Marketing for Walker & Sons, Inc. says that “Slap Ya Mama” refers to the loving slap on the back and a kiss on the cheek one would give their mother as a thank you for preparing a great meal.

And did you know that the clothing that players wear to press conferences is also closely monitored by the league?

On Sunday, Robert Griffin III was wearing a Christian t-shirt in the locker room after the game. But when he came out to speak to the press, he had to have his shirt turned inside-out because of league policy…

Ahead of a press conference about the ankle injury he sustained during Sunday’s match against the Jacksonville Jaguars, RGIII donned a blue t-shirt that read “Know Jesus Know Peace.” However, once the press event was underway, the NFL star’s shirt was turned-inside out so that the Christian message was unreadable. One reporter for the Washington Post even tweeted a side-by-side comparison of RGIII before and during the press conference.

Following the unusual appearance, questions arose as to why the outspoken Christian athlete would turn his t-shirt inside-out. Later that day, Richmond Times-Dispatch reporter Michael Phillips offered an explanation for the incident, implying that RGIII’s shirt was not a Nike product and therefore is was banned from public appearances. Furthermore, RGIII has been fined in the past for wearing non-Nike apparel.

Speaking of the Washington Redskins, this whole controversy over their name is another example of the extreme political correctness surrounding the league these days.

For decades, the name stood for honor, integrity and pride and nobody ever complained.

But now the politically correct crowd want to force the Redskins to change their name.

“What’s all the stink over the Redskin name? It’s so much [expletive] it’s incredible. We’re going to let the liberals of the world run this world. It was said out of reverence, out of pride to the American Indian. Even though it was called a Redskin, what are you going to call them, a Brownskin? This is so stupid it’s appalling, and I hope that owner keeps fighting for it and never changes it, because the Redskins are part of an American football history, and it should never be anything but the Washington Redskins. That’s the way it is.”

And of course during the preseason we were subjected to the whole Michael Sam saga.

If he was going to make it in the NFL, he should have made it on his own merits as a football player.

But when he was cut by the Rams, the league office actually called around to teams to try to find someone that would sign Sam to their practice squad…

According to NBC’s Peter King and ESPN’s Stephen A. Smith, NFL officials called teams around the league to gauge interest in signing Michael Sam to their practice squad.

Yesterday, the Dallas Cowboys signed Sam, who is trying to become the first openly gay player in NFL history.

King reported this during the pre-game show on NBC prior to the Seahawks/Packers season opener Thursday night.

“The Rams waived Michael Sam, the first openly gay player trying to make an NFL roster, he was unemployed for two days,” King said. “During that time a league official contacted multiple teams asking if they had evaluated Sam as a probable practice squad player.”

“Now Sam and the NFL avoided a nightmare situation when he signed with the practice squad of the Dallas Cowboys.”

Why not just treat him like any other player?

Well, that just wouldn’t be politically correct enough for the NFL.

And in case you haven’t had enough political correctness so far this season, October is Breast Cancer Awareness Month.

Every October, NFL players wrap themselves in pink for an entire month.

You see, it wasn’t just enough for the NFL to have an emphasis on breast cancer awareness for a single week.

Instead, they have decided that the politically correct thing to do is to have an entire month of breast cancer awareness every single year for the rest of time.

And there is certainly nothing wrong with fighting such a horrible disease. We should all hope that all forms of cancer will be absolutely eradicated.

But to plaster the players and everything that the league is doing with pink ribbons for an entire month every single October just to show how “sensitive” the league is goes far beyond trying to do the right thing.

Why can’t the NFL just go back to being about football and leave the politics to the politicians?

Or am I being too harsh?