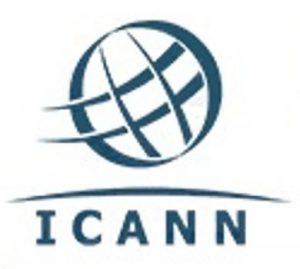 Is the U.S. government about to give up control of Icann?  What does that mean for the future of the Internet?

The swine flu vaccine has become mandatory for a large number of health care workers across the United States.

The State of New Jersey is now requiring that all school children take the flu shot, and if they won’t they will be kicked out of school.

Federal officials are very determined to ensure that illegal aliens get vaccinated for the swine flu.

Is a massive swine flu outbreak to blame for why a navy ship was recently quarantined and a couple of navy officers reportedly died?

Iran’s defense minister is warning that if  Israel attacks Iran it will expedite “Israel’s last breath”.

The Pentagon has moved up the deadline for producing the first 15-ton “super bunker-buster” bomb also known as the GBU-57A/B Massive Ordinance Penetrator.

New York’s Empire State Building will light up red and yellow on Wednesday in honor of the 60th anniversary of communist China.

More than 1,000 paratroopers landed near St. Petersburg, Russia as that nation wrapped up three weeks of war games simulating a NATO attack.

A health care bill before Congress right now would threaten Americans with jail time and huge fines for refusing to buy health insurance.

Prominent American scientists such as Paul Ehrlich continue to publish articles pushing radical population control with disturbing titles such as this – “Population: Enough of us now”.

Officials in Washington D.C. are preparing to install surveillance video cameras in an unspecified number of rail cars on D.C. Metro subway trains.

Is the small town of Hardin, Montana about to become the next Guantanamo Bay?

Shocking video from the recent G20 protests in Pittsburgh is revealing just how brutal American police have become.

Computers at a majority of Canada’s big banks are infected with a malicious computer worm capable of logging keystrokes and stealing the passwords of customers.

A start-up automotive company backed by former Vice President Al Gore has been loaned more than half a billion dollars by the U.S. federal government.

What does it say about America when we have people openly praying to the president?