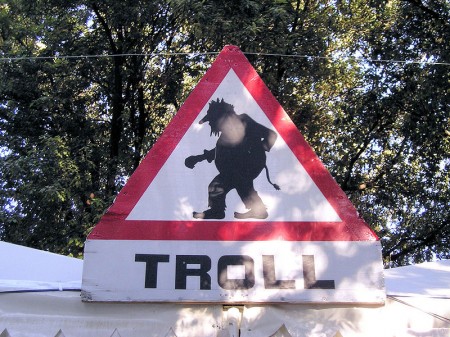 We have all run into them. All over the Internet, there are horrible trolls that seem to delight in making life miserable for other people. But the worst trolls of all are the government trolls. And thanks to Edward Snowden, we now have some startling new evidence of what really goes on behind the scenes. According to newly revealed documents, British spy agency GCHQ is manipulating online discussions, infiltrating the computers of specific targets, purposely destroying reputations, altering the results of online polls, and using Twitter, Facebook and YouTube for propaganda and espionage purposes. If people don’t start getting outraged about this now, the governments of the western world are going to see it as a green light to do even more. Eventually, it might get so bad that we won’t be able to trust much of anything that we see on the Internet.

There is a lot about the Internet that is really awful, but one great thing about it is the fact that it has allowed average individuals to communicate on a mass scale unlike ever before. As the general population has become aware of how powerful of a tool the Internet can be, the elite have become extremely alarmed. Unlike so many other things in our society, it has not been something that they have been able to easily control.

But the elite have been starting to catch up to all of this new technology and are learning how to use it for their own purposes. Thanks to Snowden, we now have a list of specific tools that GCHQ has been using to manipulate the Internet. The following is a short excerpt from a recent ZDNet article about these new revelations…

A number of interesting tools and their short descriptions are below:

The list, dated from 2012, says that most of the tools are “fully operational, tested and reliable,” and adds: “Don’t treat this like a catalogue. If you don’t see it here, it doesn’t mean we can’t build it.”

If we are going to have a free and open society, then we simply cannot have the governments of the western world running around systematically manipulating the Internet for their own purposes.

And of course it is not just the British that are doing this kind of thing.

Just recently, for example, the U.S. was caught manipulating discourse on Reddit and editing Wikipedia.

The rest of the world is watching all of this and they are absolutely disgusted with us. The more that we act like Nazis, the more they are going to regard us as such.

At this point, even our closest friends are loudly denouncing us. Germany just caught one U.S. spy, and a German newspaper claims that there are “dozens” of other CIA-recruited spies working in German ministries.

Germany may go old school to guard against spying.

The German government will continue to use encrypted e-mails and phones, but it could also expand its use of typewriters, said Patrick Sensburg, the head of the German parliament’s investigation into U.S. spying, in an interview with German TV station ARD Monday, Reuters reports.

The Germans are even considering using non-electronic typewriters, Sensburg said.

Why we would spy on our closest friends is something that I will never understand. And if we keep this up, soon we will not have any friends left at all.

Fortunately, an increasing number of Americans are becoming fed up with the growing tyranny all around us. I love how John W. Whitehead expressed his frustrations in his recent article about the emerging police state in America…

I don’t like being subjected to scans, searches, pat downs and other indignities by the TSA. I don’t like VIPR raids on so-called “soft” targets like shopping malls and bus depots by black-clad, Darth Vader look-alikes. I don’t like fusion centers, which represent the combined surveillance efforts of federal, state and local law enforcement.

I don’t like laws that criminalize Americans for otherwise lawful activities such as holding religious studies at home, growing vegetables in their yard, and collecting rainwater. I don’t like the NDAA, which allows the president and the military to arrest and detain American citizens indefinitely. I don’t like the Patriot Act, which opened the door to all manner of government abuses and intrusions on our privacy.

The people of the western world need to stand up and say enough is enough.

Are we going to stay silent as the integrity of the Internet is destroyed?

Are we going to stay silent while the Internet is transformed into a government propaganda tool?

Are we going to stay silent while the liberties and freedoms that we have left are systematically shredded?

If you do not like the direction that all of this is going, now is the time to let your voice be heard.