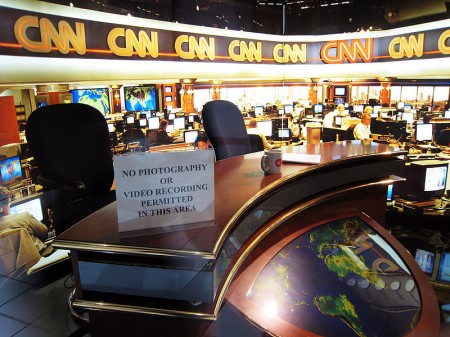 After registering slightly higher trust last year, Americans’ confidence in the media’s ability to report “the news fully, accurately, and fairly” has returned to its previous all-time low of 40%. Americans’ trust in mass media has generally been edging downward from higher levels in the late 1990s and the early 2000s.

Prior to 2004, Americans placed more trust in mass media than they do now, with slim majorities saying they had a “great deal” or “fair amount” of trust. But over the course of former President George W. Bush’s re-election season, the level of trust fell significantly, from 54% in 2003 to 44% in 2004. Although trust levels rebounded to 50% in 2005, they have failed to reach a full majority since.

Americans’ trust in the media in recent years has dropped slightly in election years, including 2008, 2010, 2012, and again this year — only to edge its way back up again in the following odd-numbered years. Although the differences between the drops and the recoveries are not large, they suggest that something about national elections triggers skepticism about the accuracy of the news media’s reporting.