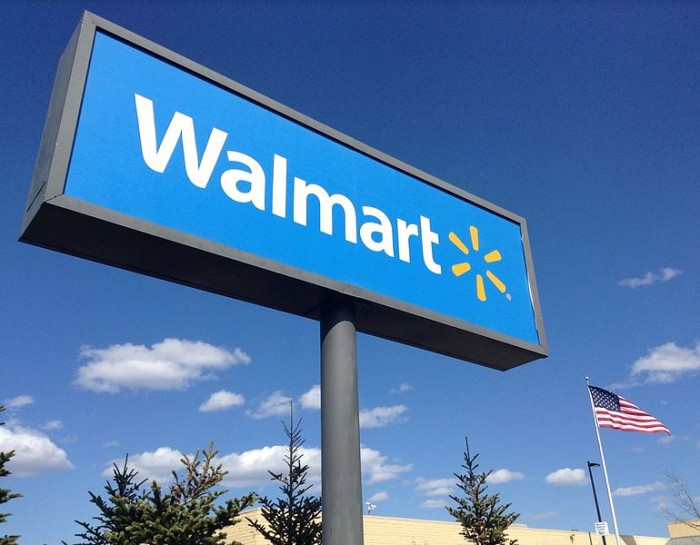 The stock market has been on quite a roll in recent weeks, but signs of trouble continue to plague the real economy. Earlier this week, I talked about the “retail apocalypse” that is sweeping America. Major retail chains such as Sears and Macy’s are closing stores and laying off workers, but I didn’t think that Wal-Mart would be feeling the pain as well. Unfortunately, that is precisely what is happening. USA Today is reporting that approximately 1,000 jobs will be cut at Wal-Mart’s corporate headquarters in Bentonville, Arkansas by the end of this month…

Walmart’s plan to lay off of hundreds of employees is the latest ripple in a wave of job cuts and store closures that are roiling the retail industry.

The world’s largest retailer is cutting roughly 1,000 jobs at its corporate headquarters in Bentonville, Ark., later this month, according to a person familiar with the matter who was not authorized to speak about it.

The company is saying that these cuts are necessary because Wal-Mart is always “looking for ways to operate more efficiently and effectively“. But something doesn’t smell right here. You don’t get rid of 1,000 employees at your corporate headquarters if everything is just fine.

I have driven past Wal-Mart’s headquarters in Bentonville a number of times, and it is in a beautiful part of the country. Bentonville and the surrounding areas had been booming, but it looks like times may be changing.

Meanwhile, there are signs of trouble out on the west coast as well. The Los Angeles Times is reporting that there is going to be a new round of engineering job cuts at Boeing…

Boeing Co. has internally announced a new round of employee buyouts for engineers companywide, including in Southern California, and warned that layoff notices will follow later this month to engineers in Washington state, where the company has a large presence.

Management did not cite a target for the number of projected job cuts.

The news comes after company Vice Chairman Ray Conner and the new chief executive of Boeing Commercial Airplanes, or BCA, Kevin McAllister, warned in December of the need to aim for further cuts in 2017.

And according to Boeing spokesperson Doug Alder, similar job cut announcements are coming for other classes of workers as well.

So why is Boeing getting rid of so many employees?

Well, the truth is that Boeing’s business is way down. The following comes from Wolf Richter…

Needless to say, the fact that Boeing is doing so poorly does not bode well for the future.

In addition to Wal-Mart, another major retailer that is letting people go is Petco…

Petco is cutting 180 positions with about 50 at its San Diego headquarters, the pet supply retailer confirmed Wednesday.

The company made the cuts across its workforce and include both existing and open positions.

Petco has about 650 workers at its headquarters in Rancho Bernardo. It employs 27,000 in the U.S.

My wife and I have three cats, and even though Petco tends to be a bit overpriced we have always appreciated the work that they do.

Unfortunately, when the economy gets tough spending on pets tends to be one of the first things to get cut back, and this current trouble at Petco could be a sign that rough sledding is ahead for the entire economy.

Of course your personal perspective on these things is likely to be very heavily influenced by your immediate surroundings. Those that live in wealthy enclaves of major cities such as San Francisco, New York City or Washington D.C. may be wondering how anyone could possibly be talking about economic trouble right now.

But if you live in economically depressed areas of Appalachia or the upper Midwest, it may seem like the last economic recession never even ended.

There have been pockets of economic prosperity in recent years, and this has resulted in some people becoming exceedingly wealthy. Meanwhile, things have just continued to become even tougher for millions of other families as the cost of living always seems to grow faster than their paychecks do.

If you are in the top one percent of all income earners, maybe to you it seems like things have never been better. But most of the country is living paycheck to paycheck and is just struggling to survive from month to month. The following comes from CNN…

The rich are money-making machines. Today, the top mega wealthy — the top 1% — earn an average of $1.3 million a year. It’s more than three times as much as the 1980s, when the rich “only” made $428,000, on average, according to economists Thomas Piketty, Emmanuel Saez and Gabriel Zucman.

Meanwhile, the bottom 50% of the American population earned an average of $16,000 in pre-tax income in 1980. That hasn’t changed in over three decades.

The workers being laid off at the companies discussed above are real people with real hopes and real dreams. Perhaps many of them will be able to land other employment fairly soon, but the truth is that the job market is really tough in many areas of the country right now.

Finding a good job that will allow you to pay the bills and support your family is not easy. You may find that out the hard way if you end up losing your current job during the economic troubles that will come in 2017.

Earlier today, I came across an excellent article by Gail Tverberg that detailed a whole bunch of reasons why a significant economic downturn appears to be imminent in 2017. If you would like to read it, you can find it here. She points to many of the same things that I have been pointing to for a very long time.

Even though economic conditions were fairly stable throughout 2016, our long-term problems just continued to get even worse. So the truth is that we are more primed for a major crisis today than we have been at any point since the last recession.

My hope is that things will not be nearly as bad in 2017 as Gail Tverberg and others are projecting that they could be, but the warning signs are definitely there, and it isn’t going to take much to push the U.S. economy off the rails.

1 thought on “Why Are Wal-Mart And Boeing Laying Off Workers If The U.S. Economy Is In Good Shape?”