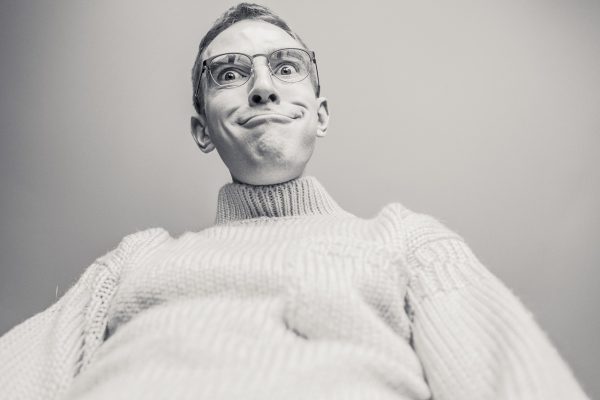 What in the world has happened to us? Once upon a time, America had the greatest system of education on the entire planet, and our people were sharp, capable and extremely well informed. Sadly, none of those things are true anymore. In 2006, Mike Judge made a movie entitled “Idiocracy” in which an individual of below average intelligence wakes up after being asleep for 500 years thanks to a military hibernation experiment. When he wakes up, he quickly realizes that he is now the smartest man in America, and that is not a good thing. The film became an instant classic, but when I originally watched it I thought that such a thing could never actually happen in this country. Unfortunately, I was wrong. Since 2006 our nation has been “dumbed down” at a pace that is absolutely staggering, and it is difficult to see a positive future for America if this trend continues.

#1 One recent survey found that 74 percent of Americans don’t even know how many amendments are in the Bill of Rights.

#2 An earlier survey discovered that 37 percent of Americans cannot name a single right protected by the First Amendment.

#3 Shockingly, only 26 percent of Americans can name all three branches of government.

#4 During the 2016 election, more than 40 percent of Americans did not know who was running for vice-president from either of the major parties.

#5 North Carolina is considering passing a law which would “mean only scores lower than 39 percent would qualify for an F grade” in North Carolina public schools.

#6 30 years ago, the United States awarded more high school diplomas than anyone in the world. Today, we have fallen to 36th place.

#7 According to the Pentagon, 71 percent of our young adults are ineligible to serve in the U.S. military because they are either too dumb, too fat or have a criminal background.

#8 For the very first time, Americans are more likely to die from an opioid overdose than they are in a car accident.

#9 One study discovered that one-third of all American teenagers haven’t read a single book in the past year.

#10 A recent survey found that 45 percent of U.S. teenagers are online “almost constantly”.

#13 In more than half of all U.S. states, the highest paid public employee in the state is a football coach.

#14 During one seven day period last summer, a total of 16,000 official complaints about human feces were submitted to the city of San Francisco. And apparently the problem is very real because one investigation found 300 piles of human feces on the streets of downtown San Francisco.

#15 Every 24 hours, more than a third of all Americans eat fast food.

#16 Less than half of all Americans know which country used atomic bombs at the end of World War II.

#18 Today, the average college freshman in the United States reads at a 7th grade level.

Sometimes it helps to go into the past to get some much needed perspective on the present.

A few years ago, an eighth grade exam from 1912 was donated to the Bullitt County History Museum. To me, it is absolutely amazing what kids living in rural Kentucky were expected to know a little over 100 years ago.

You can find a copy of the exam right here, and as I looked it over I quickly realized that most college students would have an exceedingly difficult time trying to pass such a test today.

In fact, I think that I would have a very hard time getting a passing grade. Here are just a few of the questions on the exam…

If you would like to know the answers to all of the questions on the exam, you can find them right here.

In contrast, our system of education today is a total joke. Most of our students have never learned how to communicate effectively, they are fed an endless stream of “tests” that consist of multiple choice, true/false and fill-in-the-blank questions, and when they get out of school most of them have absolutely no idea how to succeed in the real world.

Perhaps that helps to explain why our kids are in the bottom half of all industrialized nations when it comes to math and science literacy.

If we do not educate our children well, we will continue to fall behind the rest of the world, and it will be just a matter of time before we lose our status as a global power.

Of course that assumes that we actually have enough time left to turn things around. At that rate that we are currently degenerating, we might not.