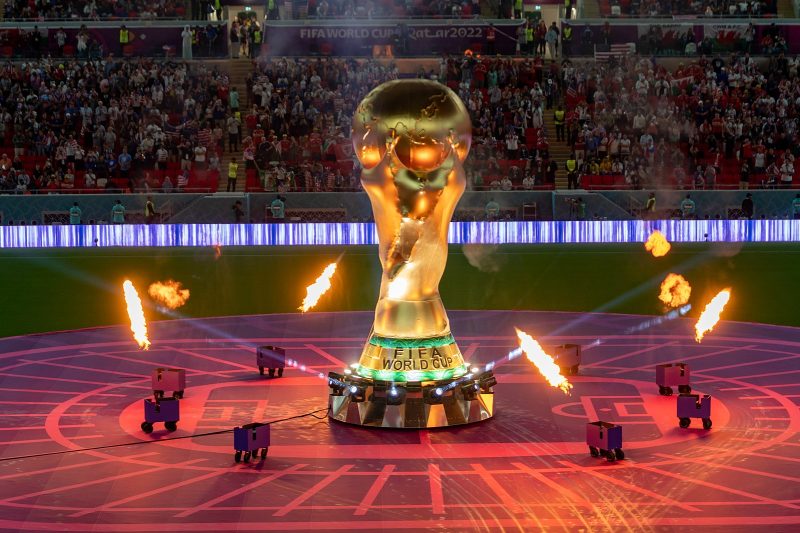 We needed a moment like this.  Needless to say, the past several years have not been easy for humanity.  2020 was worse than 2019, and then 2021 was worse than 2020, and then 2022 was worse than 2021.  Unfortunately, 2023 is going to be significantly worse than 2022 was.  But for a few glorious hours on Sunday we were able to forget about our troubles for a while.  The greatest World Cup final ever to be played was watched by more people than any other television program in the history of the world, and it all came down to the very end.  When Gonzalo Montiel’s penalty kick hit the back of the net, shouts of exultation erupted literally all over the world.

Argentina had done it.

This was probably Lionel Messi’s last chance to win a World Cup, and they pulled it out.

When it was all over, tears of joy streamed down the faces of the Argentinian players.  They had been carrying around the weight of the world on their shoulders, because they knew how much this meant to the people of Argentina.

But this wasn’t just about Argentina.

Other than in France, fans across the globe overwhelmingly wanted Messi to win a World Cup.

And in the stadium in Qatar, the crowd was an overwhelmingly pro-Messi crowd.

It would be difficult to overstate what Messi means to kids all over the planet.  To say that he is one of the greatest players of all-time would be stating the obvious.  But Messi’s popularity goes far beyond what most other great players ever achieve.

When people watch Messi play, they see pure joy in action.  He is an artist, a magician and a maestro all rolled into one.  He has done things on the field that we have never seen anyone else do, and no matter what he accomplished over the years he always did it with humility and style.

But now he is 35 years old, and his prime years are well behind him.

And coming into this tournament, I felt like there were several other teams that had more talent than Argentina did.

So even though many of us were strongly rooting for Argentina, it seemed unlikely that Argentina would actually win it all.

But Messi believed.  In fact, after the final was over he admitted that he somehow knew that God was going to give him this opportunity…

After a dramatic penalty shootout victory over France, the No.10 says he knew that God would reward him with the ultimate prize in Qatar.

“It’s impressive that I can finish like this,” Messi told reporters. “I knew that at some point God was going to give it to me and I don’t know why, but I felt it was going to be like this. Once again he made me very happy.”

This certainly was not an easy tournament for Argentina.

There was the first game against Saudi Arabia, there was the near loss to the Netherlands, and then in the final there were moments when it seemed like France was destined to win.

Thankfully, Argentina refused to give up.

For much of the final, France seemed to be asleep.  Argentina pulled out to a 2-0 lead, and that lead seemed quite secure.

But then in the 79th minute the French finally woke up.

Nicolas Otamendi has been a tremendous player over the years, but at this point in his career he really lacks pace.

I had been concerned about this throughout the tournament, but it wasn’t until the final that this really became a major issue.

In the 79th minute Randal Kolo Muani threatened to blow past Otamendi, and Otamendi ended up committing a foul in the penalty area as he desperately attempted to stay with the attacker.

Kylian Mbappe converted the penalty, and all of a sudden it was 2-1.

At that point I started to get real nervous.

Then when Mbappe scored again shortly after that, I hurled the ball that I was holding across the room in frustration.

I could hardly believe it.

Hundreds of millions of fans (including myself) desperately wanted Messi to win, and now a certain victory had evaporated right in front of our eyes.

I was pleading with Argentinian coach Lionel Scaloni to get some fresh legs in there, because his players were dead tired.

Throughout the game the Argentinian midfielders had played like wild animals, but as the game approached 90 minutes the fatigue was showing.

France had the momentum, and it looked like they might be able to complete a comeback for the ages.

But thankfully the break before the first overtime period seemed to give the Argentinians new energy, and they regained the initiative.

Argentina had more of the ball than France did during the first overtime period, but there were no goals.

In the second overtime period, Argentina threatened numerous times, and then a scramble in front of the French goal in the 108th minute resulted in Messi putting the ball across the line.

At that moment, hundreds of millions of fans started jumping up and down all over the planet.

Messi had done it.

The game was over.

Just prior to the end of the second overtime period, a desperate shot by Kylian Mbappe hit the arm of Gonzalo Montiel.

A penalty shot was awarded, and Mbappe converted once again.

It was 3-3, and it seemed like we were headed for penalty kicks.

Of course the action wasn’t over yet.  Both teams raced up and down the field as they attempted to win the game, and there were golden chances at both ends.

But neither team was able to score, and so the game would be settled at the penalty spot.

So Gonzalo Montiel went from being a national scapegoat to a national hero in a matter of just a few minutes.

But this day was not about Gonzalo Montiel.

Ultimately, this day was about Lionel Messi and the hundreds of millions of fans that love him all over the world.

Messi had won every other major trophy that he could have possibly won throughout his career, but he had never won a World Cup.

And if Argentina had not won on Sunday, that fact would have haunted him for the rest of his life.

Messi didn’t just have a monkey on his back.  He had a giant gorilla on his back, and the rest of the team could feel it too.

The entire Argentina team wanted to win this one for Messi.

And most of the fans on the entire planet wanted them to win this one for Messi.

Thankfully, they did it.

They pulled off a miracle, and they made a lot of us extremely nervous in the process.

Today was a day that reminded so many of us why we truly love this sport, and this World Cup final was an instant classic that will never be forgotten.