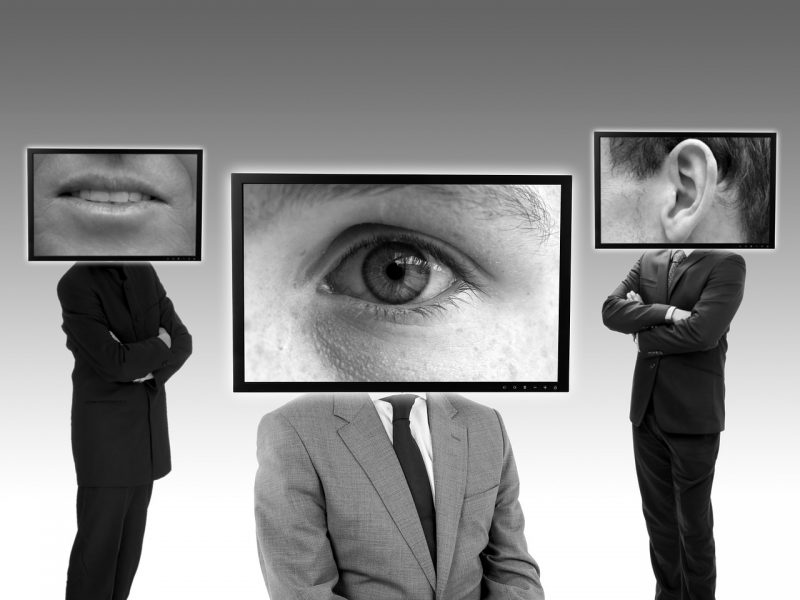 If we are not free to think what we want, we do not have a free society.  It really is that simple.  Unfortunately, there is now an overwhelming consensus among elitists in the western world that radical measures must be instituted to control what people think.  If you insist on being a rebel, there is a very good chance that you will be punished for holding unorthodox views.  You won’t necessarily be put in prison, but our system has countless other ways that it can punish you.  For example, those that insist on embracing unacceptable thoughts will find that their career choices are quite limited, and there are certain positions that they will be prohibited from ever holding under any circumstances.  Not only that, but if your thoughts are offensive enough you may have a financial account suddenly shut down or credit denied for seemingly no reason.  This sort of thing was unheard of a decade ago, but now it is happening all the time.  Of course you can forget about having any sort of a substantial social media presence if your thoughts do not conform to current “societal norms”.  Even the “free speech platforms” are banning and shadowbanning countless accounts every single day.

If any of the things that I have just described have happened to you, that is probably because you are a “thought criminal”.

You are not supposed to contradict the conditioning that you have received from our education system, from the news media, from our politicians and from the corporate entertainment that you are being fed for hours each day.

When you deviate from socially acceptable viewpoints, you are guilty of “thoughtcrime”.  This is how “thoughtcrime” is defined by Wikipedia…

Thoughtcrime is a word coined by George Orwell in his 1949 dystopian novel Nineteen Eighty-Four. It describes a person’s politically unorthodox thoughts, such as beliefs and doubts that contradict the tenets of Ingsoc (English Socialism), the dominant ideology of Oceania. In the official language of Newspeak, the word crimethink describes the intellectual actions of a person who entertains and holds politically unacceptable thoughts; thus the government of the Party controls the speech, the actions, and the thoughts of the citizens of Oceania.

Sadly, we truly have become an “Orwellian society” at this point.

In fact, a woman in the UK was just arrested for thoughts that she was thinking within her own mind…

The U.K. March for Life director was recently arrested after police found her praying silently outside of an abortion clinic, according to a press release by Alliance Defending Freedom U.K.

Isabel Vaughan-Spruce, a charity volunteer and Christian, was approached by police officers outside of BPAS Robert Clinic in Birmingham, England, and asked if she was praying, according to ADF’s press release. Vaughan-Spruce told the officers she “might be praying silently” and was later arrested.

“It’s abhorrently wrong that I was searched, arrested, interrogated by police and charged simply for praying in the privacy of my own mind,” Vaughan-Spruce stated in the release. “Nobody should be criminalized for thinking and for praying, in a public space in the UK.”

Once she was taken in to the station, you would think that those in charge would realize that a huge mistake has just been made.

But instead of releasing her, she was ruthlessly interrogated.

Apparently they were absolutely determined to discover whatever evil thoughts that this vicious thought criminal had been thinking.

And apparently they found something, because now she has been charged on four counts…

Remember the British woman who was arrested for praying silently? She’s been charged.

She insists that she is not a criminal.

But she doesn’t understand that the world has changed.

Anyone that thinks unauthorized thoughts in now a criminal in this system.

And at this moment there are countless intelligence agents all over the western world that are scouring social media sites for more thought criminals.

Thanks to the release of the Twitter Files, we now know that the FBI has spent an enormous amount of time, effort and energy looking for unauthorized thoughts on our largest social media platforms.

When the FBI found unauthorized thoughts on Twitter, requests were made to ban specific accounts.  This represented a gross violation of our First Amendment rights, and apparently it kept happening over and over again.

The FBI was confronted about this, and this is how they responded…

“The correspondence between the FBI and Twitter show nothing more than examples of our tradition, longstanding and ongoing federal government and private sector engagements, which involve numerous companies over multiple sectors and industries.

As evidenced in the correspondence, the FBI provides critical information to the private sector in an effort to allow them to protect themselves and their customers.

The men and women of the FBI work every day to protect the American public.

It is unfortunate that conspiracy theorists and others are feeding the American public misinformation with the sole purpose of attempting to discredit the agency.”

The Federal Bureau of Investigation is declining to specify what other social media companies the federal agency gave money to after Fox News confirmed that it paid Twitter nearly $3.5 million.

FBI officials told Fox News that the nearly $3.5 million payment to Twitter was a “reimbursement” for the “reasonable costs and expenses associated with their response to a legal process… For complying with legal requests, and a standard procedure.”

The FBI officials also said that Twitter isn’t the only social media company that is being paid by the federal agency, telling Fox News “We don’t just reimburse Twitter.”

What exactly was that money for?

We deserve to know.

New Twitter CEO Elon Musk recently stated that “almost every conspiracy theory that people had about Twitter turned out to be true.”

Reading that should chill you to the core.

Of course many other big tech companies have also been colluding with the government to suppress free speech, and one recent survey found that the vast majority of Americans want answers…

A recent poll shows that 63 percent of Americans want Congress to investigate “whether the FBI was involved in censoring information on social media sites.”

The Twitter Files disclosures show that not only did Twitter collude with the FBI, it also worked with other government agencies like the CIA and the Pentagon to suppress information.

Musk said in a post on Dec. 27 that “*Every* social media company is engaged in heavy censorship, with significant involvement of and, at times, explicit direction of the government.”

As time rolls along, those that choose not to conform to “societal norms” will be increasingly pushed to the utter fringes of society.

If you continue to choose to be an “independent thinker”, getting a “good job” will be exceedingly difficult.

Just think about it.  Right now, how many of the CEOs of Fortune 500 companies are “independent thinkers” that have unacceptable belief systems?

If you want to rise in the pyramidal structure of our society, you have got to believe what the system tells you to believe.

Of course if all independent thought is eliminated, our society will become the sort of dystopian nightmare that authors such as George Orwell and myself have been warning about for a very long time.

Even though I do not like much of what my fellow Americans have to say, I vigorously defend the right to say those things.

Freedom of thought and freedom of speech are non-negotiable, and our system of government simply will not work without them.