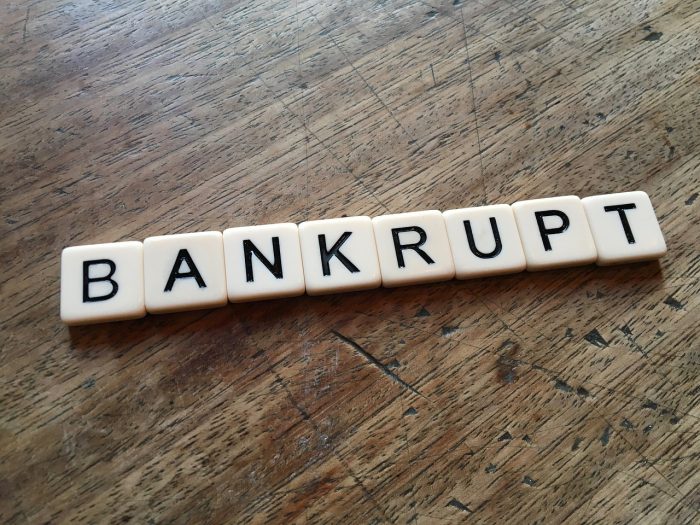 America, you officially have a debt problem, and I am not just talking about the national debt. Consumer bankruptcies are surging, corporate debt has doubled since the last financial crisis, state and local government debt loads have never been higher, and the federal government has been adding more than a trillion dollars a year to the federal debt ever since Barack Obama entered the White House. We have been on the greatest debt binge in human history, and it has enabled us to enjoy our ridiculously high standard of living for far longer than we deserved. Many of us have been sounding the alarm about our debt problem for a very long time, but now even the mainstream news is freaking out about it. I have a feeling that they just want something else to hammer President Trump over the head with, but they are actually speaking the truth when they say that we are facing an unprecedented debt crisis.

For example, the New York Times just published a piece that discussed the fact that the bankruptcy rate among retirees is about three times higher than it was in 1991…

For a rapidly growing share of older Americans, traditional ideas about life in retirement are being upended by a dismal reality: bankruptcy.

The signs of potential trouble — vanishing pensions, soaring medical expenses, inadequate savings — have been building for years. Now, new research sheds light on the scope of the problem: The rate of people 65 and older filing for bankruptcy is three times what it was in 1991, the study found, and the same group accounts for a far greater share of all filers.

Overall, Baby Boomers are doing a whole lot better financially than the generations coming after them, and so this is very troubling news.

And here is another very troubling fact from that same article…

Not only are more older people seeking relief through bankruptcy, but they also represent a widening slice of all filers: 12.2 percent of filers are now 65 or older, up from 2.1 percent in 1991.

The jump is so pronounced, the study says, that the aging of the baby boom generation cannot explain it.

Of course it isn’t just Baby Boomers that are drowning in debt.

Collectively, U.S. households are 13.15 trillion dollars in debt, which is the highest level in American history.

All over the nation, companies are also going bankrupt at a staggering pace. This week we learned that the biggest mattress retailer in the entire country “Is considering a potential bankruptcy filing”…

Mattress Firm Inc, the largest U.S. mattress retailer, is considering a potential bankruptcy filing as it seeks ways to get out of costly store leases and shut some of its 3,000 locations that are losing money, people familiar with the matter said.

We have seen retailer after retailer go down, and it is being projected that this will be the worst year for retail store closings ever.

But it isn’t just retailers that are hurting. Yesterday, I came across an article about a television manufacturer in South Carolina that just had to lay off “94 percent of their workforce”…

A TV manufacturer based in South Carolina have blamed Trump’s trade tariffs for laying off 94 percent of their workforce.

Element Electronics now has just eight employees in their company after letting 126 members of staff go.

They said the tariffs imposed on goods from China mean they can no longer buy essential components for their TVs.

During this next economic downturn, I believe that we are going to see the biggest wave of corporate bankruptcies that this country has ever seen.

Many cities and states can no longer afford the unsustainable retirement promises made to millions of public workers over many years. By one estimate they are short $5 trillion, an amount that is roughly equal to the output of the world’s third-largest economy.

Certain pension funds face the prospect of insolvency unless governments increase taxes, divert funds or persuade workers to relinquish money they are owed. It is increasingly likely that retirees, as well as new workers, will be forced to take deeper benefit cuts.

And even though the Republicans have been in control in Washington, very few of our leaders seem to want to alter the trajectory that we are on. But if something is not done, absolute disaster is a certainty. At this point, it is being projected that our debt will reach 30 trillion dollars by 2028 if we stay on this current path. It would be difficult to overstate the grave danger that we are facing, but nothing is being done to turn things around. Here are some more projections from the Congressional Budget Office…

In 2022, the Highway Trust Fund will run out of full funding. In 2026, the Medicare Hospital Insurance Trust Fund follows. In 2032, the Social Security trust fund surpluses run dry, and all beneficiaries regardless of age or income level will face a 21 percent across-the-board benefit cut. Before 2030, we could have trillion-dollar annual interest payments. Interest rates have been low until now, but that is changing. As rates go up, we have to pay more on new debt and on all accumulated debt.

The amount we pay in interest on the debt is set to triple over the next ten years. But if interest rates rise just 1 point higher than expected, the government will owe an extra $1.9 trillion over 10 years.

On top of everything else, everyone else around the world has been on a massive debt binge as well.

Total global debt is well above 200 trillion dollars, and it has nearly quadrupled over the past 17 years.

Are you starting to understand why they call this a “debt bubble”?

Unfortunately, all debt bubbles must burst eventually, and the one that we are in right now is definitely on borrowed time.