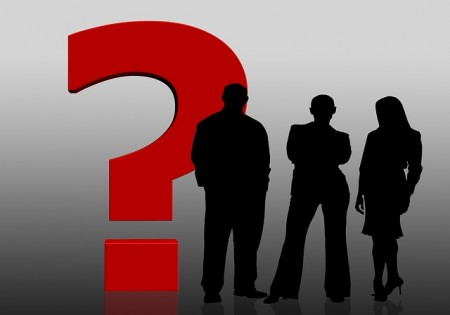 Some of the biggest charities in America are literally stealing money from people.  For example, how would you feel if you gave money to help disaster victims or to fund cancer research and you later found out that more than 97 percent of the money that you donated never got into the hands of the people that actually needed it?  Sadly, that is happening all over the United States today.  In fact, in some of the worst cases less than a penny of every dollar that is donated ends up in the hands of those that it is supposedly being raised for.  If you can believe it, right now there are 6,000 charities in the United States that use for-profit companies to raise money for them, and in many of those instances the for-profit companies end up keeping well over 50 percent of the donations for themselves.  In addition, many “charities” end up paying their top employees incredibly bloated “salaries” that are far greater than the total amount of money that the charities actually give to the needy.  Last year, the Tampa Bay Times, CNN and the Center for Investigative Reporting teamed up to conduct an in-depth investigation of some of these organizations, and they came up with a list of the 50 worst charities in America.  They discovered that those charities raised more than $1.3 billion over the past ten years combined, but that nearly $1 billion of that total went to the for-profit companies that raised their donations for them.  The American people are being scammed out of an enormous amount of money, and people need to learn the truth about this.

According to the report that was released, the “Kids Wish Network” is the absolute worst charity in America.  The following is how the Tampa Bay Times describes them…

The worst charity in America operates from a metal warehouse behind a gas station in Holiday.

Every year, Kids Wish Network raises millions of dollars in donations in the name of dying children and their families.

Every year, it spends less than 3 cents on the dollar helping kids.

Most of the rest gets diverted to enrich the charity’s operators and the for-profit companies Kids Wish hires to drum up donations.

In the past decade alone, Kids Wish has channeled nearly $110 million donated for sick children to its corporate solicitors. An additional $4.8 million has gone to pay the charity’s founder and his own consulting firms.

110 million dollars is a colossal amount of money.

Imagine how much good that could have done if it had actually gone to sick kids.

Instead, it went to enrich scammers that own shady companies that run pushy telemarketing operations.

Apparently “charity work” has become one of the most prominent “get rich quick” schemes in America.  The following is how CNN summarized some of the most important findings of the investigation…

– The 50 worst charities in America devote less than 4% of donations raised to direct cash aid. Some charities gave even less. Over a decade, one diabetes charity raised nearly $14 million and gave about $10,000 to patients. Six spent no cash at all on their cause.

– Even as they plead for financial support, operators at many of the 50 worst charities have lied to donors about where their money goes, taken multiple salaries, secretly paid themselves consulting fees or arranged fund-raising contracts with friends. One cancer charity paid a company owned by the president’s son nearly $18 million over eight years to solicit funds. A medical charity paid its biggest research grant to its president’s own for-profit company.

– Some nonprofits are little more than fronts for fund-raising companies, which bankroll their startup costs, lock them into exclusive contracts at exorbitant rates and even drive the charities into debt. Florida-based Project Cure has raised more than $65 million since 1998, but every year has wound up owing its fundraiser more than what was raised. According to its latest financial filing, the nonprofit is $3 million in debt.

– To disguise the meager amount of money that reaches those in need, charities use accounting tricks and inflate the value of donated dollar-store cast-offs – snack cakes and air fresheners – that they give to dying cancer patients and homeless veterans.

When you get a call at dinner time asking for money for sick children or to help support your local police, there is a good chance that call is coming from a “boiler room” that is being staffed by whatever shady characters that particular for-profit telemarketing firm was able to hire.  If you give them money, there is a very good chance that most of the money will be kept by the telemarketers.

And you never know who is on the other end of that telephone.  According to the Center for Investigative Reporting, it is often convicted felons that are taking down the credit card numbers of people that think that they are donating money to a good cause…

These charity-run boiler rooms are tucked behind unmarked doors in low-rent, mostly vacant strip centers. During a visit to one earlier this year, reporters saw about 20 men sitting at long tables, hunched over computers and wearing headsets. Working to raise enough money to hit bonus levels scrawled out on a whiteboard, they asked donors to give to help the families of officers killed in the line of duty.

That year, a local sheriff’s office fielded a complaint and raided one of the charity’s phone rooms in Port Richey.

According to the Pasco County Sheriff’s Office report, deputies found that 11 of the 27 employees who were calling for donations and taking down credit card numbers were convicted felons.

According to the investigation mentioned above, the following are the ten worst charities in America.  The number following each organization represents the percentage of money that is donated to those organizations that actually goes to help people…

The number two charity on the list, the Cancer Fund of America, deserves particular attention.  Over the past ten years, the Cancer Fund of America has raised nearly 100 million dollars.  Most of the donors probably assumed that most of the money would go to fund cancer research or to help cancer patients.  Unfortunately, that was not the case at all…

In the past three years alone, Cancer Fund and its associated charities raised $110 million. The charities paid more than $75 million of that to solicitors. Cancer Fund ranks second on the Times/CIR list of America’s worst charities. (Florida’s Kids Wish Network placed first.)

The network’s programs are overstated at best. Some have been fabricated.

“Urgent pain medication” supposedly provided to critically ill cancer patients amounted to nothing more than over-the-counter ibuprofen, regulators determined. A program to drive patients to chemotherapy, touted by the charity in mailings, didn’t even exist.

One Reynolds family charity, Breast Cancer Society, told the IRS it shipped $36 million worth of medical supplies overseas in 2011. But the two companies named as suppliers of the donated goods said they have no record of dealing with the group.

Over the past 20 years, Cancer Fund has run afoul of regulators in at least six states, paying more than $525,000 to settle charges that include lying to donors. It hasn’t slowed the network.

The fines amount to about one-third of one percent of the $177 million raised by Cancer Fund of America over the same period.

Ultimately, less than one percent of the money raised by the Cancer Fund of America goes to help cancer patients…

The biggest winners were the fundraising companies. They earned more than 80 cents of every dollar donated for a total of $80.4 million.

Does that make you sick?

Of course there are many really good charities out there.  Hopefully this information will not keep people from donating to them.

But don’t just donate to anyone without carefully investigating them first, and definitely do not donate money over the telephone.

Hopefully if enough people stop donating money over the phone it will start putting many of these telemarketers out of business, and that will be a great thing for all of us.

About the author: Michael T. Snyder is the founder and publisher of The Most Important News