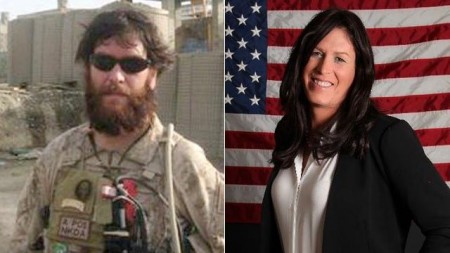 A former member of SEAL Team 6 has become the poster girl for a Pentagon effort to include transgenders — people who have undergone sex-change operations — in the ranks. Kristin Beck, formerly Senior Chief Petty Officer Christopher Beck, spoke recently at several high-profile events at intelligence agencies and the Pentagon to promote the integration of transgenders. “Transgender service in the armed forces, yes it will happen soon,” she said on Twitter. Defense Secretary Chuck Hagel, among the most politically correct Pentagon chiefs of the past several decades, fueled the effort within the Pentagon to integrate transgenders in May when he said the policy of banning transgenders should be reviewed continually. The transgender drive is the latest element of the Obama administration’s social engineering within the U.S. military.