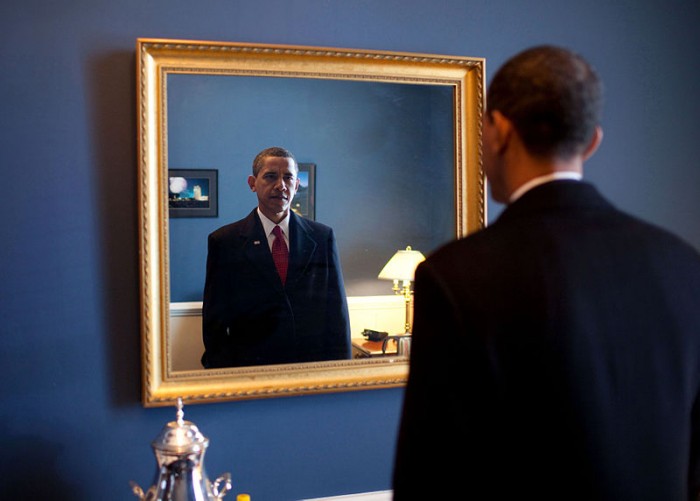 For the past eight years, Barack Obama has been using the power of the U.S. presidency to impose his vision of a progressive world order on the entire globe. As a result, much of the planet will greatly celebrate once the Obama era officially ends on Friday. The Obama years brought us the Arab Spring, Benghazi, ISIS, civil war in Syria, civil war in Ukraine and the Iran nuclear deal. On the home front, we have had to deal with Obamacare, “Fast and Furious”, IRS targeting of conservative groups, Solyndra, the VA scandal, NSA spying and the worst “economic recovery” since the end of World War II. And right at the end of his presidency, Barack Obama has committed the greatest betrayal of Israel in U.S. history and has brought us dangerously close to war with Russia.

So is the end of the Obama world order worth celebrating?

You better believe it is.

Of course Obama and his minions are in a great deal of distress that much of their hard work over the past eight years is about to be undone by Donald Trump. On Wednesday, Vice President Joe Biden warned the elitists gathered at the World Economic Forum in Davos that their “liberal world order” is in danger of collapsing…

The gist of his speech was simple: At a time of “uncertainty” we must double down on the values that made Western democracies great, and not allow the “liberal world order” to be torn apart by destructive forces.

And without a doubt, we definitely want it to collapse.

During his time in the White House, Barack Obama has used the full diplomatic power of the government to promote “abortion rights”, “gay rights” and other “liberal values” to the farthest corners of the globe. Here at home, the appointment of two new Supreme Court justices under Obama paved the way for the Supreme Court decision that forced all 50 states to recognize gay marriage. During his final press conference on Wednesday, Barack Obama told the media that he was particularly proud of this…

Obama said he’s particularly proud of the “transformation” on gay rights during his presidency, which saw monumental Supreme Court decisions on gays in the military and same-sex marriage. Obama said his role was mostly to deliver “a good block downfield to help the movement advance.”

He said gay and lesbian activists deserve most of the credit, and singled out talk-show host Ellen DeGeneres, to whom he awarded the Presidential Medal of Freedom last year.

And the final press conference of his presidency also afforded Obama the opportunity to talk about UN Security Council Resolution 2334. Sadly, Obama still does not have any regrets for betraying Israel so dramatically…

As far as many of us are concerned, January 20th cannot get here soon enough.

Somehow we have survived as a nation for the last eight years, but without a doubt a massive amount of damage has been done.

Many are hoping that Donald Trump will be able to start repairing that damage and will work hard to set this nation on a positive course once again.

It still doesn’t seem quite real to me that Donald Trump will soon be residing in the White House. Perhaps after I watch him being inaugurated on Friday I will feel differently. And I certainly am not expecting any miracles under Trump, but it sure will be nice to have a new face in the Oval Office.

Right at this moment, moving trucks are in the front of the White House and those that worked for Obama are packing up and leaving. This is a somber moment for them, but a joyous one for tens of millions of patriotic Americans. Many of us have been waiting for this for eight long years, and by Friday morning the current White House staff will all be gone…

In between closing out final projects and typing up reports on the work they’ve done, White House staffers are packing away their knickknacks, coffeemakers and photos. The boxes stack up in offices already vacated by staffers who have departed over the past few weeks.

By Thursday night, all must be gone to make way for Trump’s team.

Before they leave the building for the final time, they’ll go through a checklist that completes their formal separation from the White House: cell phones handed in, computers locked and papers properly filed to be archived. The last step, aides said, is the hardest: handing in the badge that provides access to the complex day or night.

But just because the left lost the election does not mean that they are ready to roll over and give up.

On the contrary, emotions are running extremely high on the left, and many of them are preparing to make the inauguration of Donald Trump as chaotic as possible.

For instance, on Tuesday night a man actually set himself on fire in front of the Trump International Hotel in Washington…

A protester set himself on fire outside Trump International Hotel in Washington DC on Tuesday.

The 45-year-old man, who has not yet been identified, said the act was in protest of the President-elect’s looming inauguration.

Witnesses described how he yelled ‘Trump’ several times as ‘flames ran up his back’ before lying down in the street.

And it is being reported that radical leftists plan to blockade major roads and metro lines throughout the D.C. region on Friday in an attempt to prevent people from getting to the inauguration of Trump.

So let us rejoice that the Obama world order is ending, but let us also understand that the battle is not over.

In fact, the truth is that the war for America is just beginning.

The election of Donald Trump has energized the left like never before, and they are going to hit his administration with everything that they have got.

Donald Trump is going to need our support, our voices and our prayers if he is going to have any chance to succeed.

And all Americans should want him to succeed, because our nation is at a crossroads, and if we go off on the wrong path we may never find our way back.