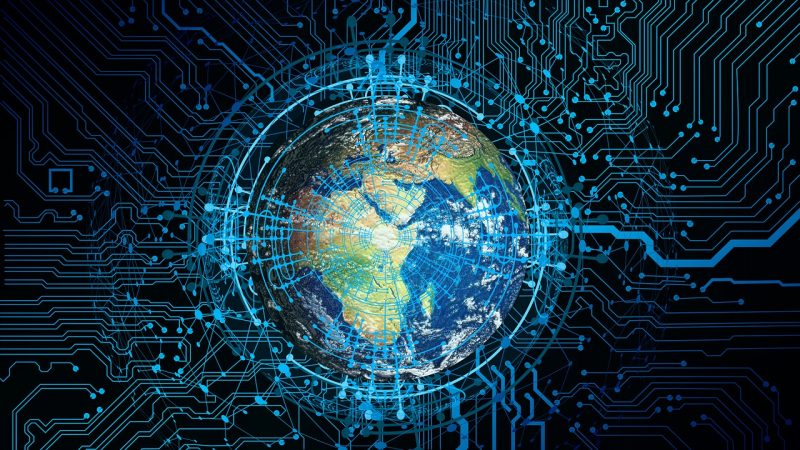 The global elite have an entirely different perspective on things than most of the rest of us.  Most people are not focused on “global issues” because they have enough to deal with just trying to run their own day to day lives.  But the global elite have so much money that they don’t have to endlessly work long hours in order to “make a living”, and others take care of mundane daily tasks for them.  So the global elite are able to pour an inordinate amount of time and energy into the issues that they consider to be important, and population issues are right at the top of the list for many of them.

There is a consensus among the global elite that climate change is the number one threat to our planet by a wide margin, and that humanity is doing far more to cause climate change than any other source.  They endlessly push this narrative through the news and entertainment companies that they control, and most people have bought into their propaganda on at least some level.

The global elite would like all of us to radically alter our behavior in order to combat climate change, but they also acknowledge that this will not nearly be enough.  The long-term solution, in their view, is to dramatically decrease the size of the human population until it has reached a level where climate change is no longer a major threat.

Throughout the 20th century, the population of the globe absolutely exploded.  It is now over 7 billion, and the global elite needed to find a way to slow that down.  So their news and entertainment companies started to encourage women to wait longer in life to have children and to have fewer children when they finally did decide to have families.

In addition, the toxic environment that has been created by the products that their corporations endlessly produce has made it more difficult for couples to have children.  As I have detailed in previous articles, male sperm levels in the western world have declined catastrophically in recent decades.

Of course if a pregnancy does occur, the global elite have worked very hard to promote abortion as a “choice” all over the planet.

All of these measures are really starting to work.  In fact, the fertility rate in the U.S. has now been consistently below replacement level since 2007…

The U.S. total fertility rate, which estimates how many babies a hypothetical group of 1,000 women would have during their life based on data from a given year, remains far “below replacement” – meaning there wouldn’t be enough babies born for a generation to exactly replace itself.

And the global elite have got to be thrilled that the fertility rate in the U.S. for 2020 was lower than ever…

The number of babies born in the U.S. dropped by 4% in 2020 compared with the previous year, according to a new federal report released Wednesday. The general fertility rate was 55.8 births per 1,000 women ages 15 to 44, reaching yet another record low, according to the provisional data.

We are witnessing similar patterns throughout most of the rest of the industrialized world.

As of 2017, fertility rates were below replacement level in nations that account for nearly half of the entire global population…

According to the most recent UN estimates (United Nations 2017), almost one half of the world’s population lives in countries with below replacement fertility (BRF), i.e. with a total fertility rate (TFR) below 2.1 births per woman. Of these, one-quarter have TFRs close to the replacement level, i.e. between 1.8 and 2.1; the other three-quarters have really low fertility, below 1.8 births per woman. Low-fertility countries are generally grouped into clusters. The main clusters are in East Asia, Southern Europe, the German-speaking countries of Western Europe, and all the former socialist countries of Central and Eastern Europe (Table 1).

Of course there are other areas of the world (such as Africa) where the insidious population control agenda of the global elite is not working nearly as well, and this distresses them to no end.

Needless to say, the global elite will continue to try to come up with more ways to “encourage” population control, because they truly believe that time is running out for our planet.

They don’t respect life because they believe that humanity itself is a “plague”, and that has resulted in a tremendous lack of respect for life throughout our entire society.

Over the past year, millions of people have been dying during this pandemic, and this week we learned that the very first man that got a COVID vaccine has died…

William Shakespeare, the first man in the world to have an approved Covid jab, has died in hospital aged 81 after suffering a stroke.

Bill, as he was known, made global headlines on so-called V-Day on December 8 when he received the Pfizer/BioNTech jab at the University Hospital Coventry.

The former Rolls Royce employee and parish councillor passed away from a stroke last Thursday, University Hospitals Coventry and Warwickshire NHS Trust said, after a period of illness at the same hospital where he famously received his vaccine.

There have been so many needless tragedies that have been popping up in the news lately.  When a 35-year-old mother named Anne VanGeest suddenly dropped dead recently, it made the local news…

“It is with profound sadness that we share the news of Anne’s passing Anne (Annie), who was 35, was a loving mother, wife, sister and daughter,” according to a statement from her family provided Lambert, a Grand Rapids-based public relations firm that is providing its services to the family pro bono.

Those that have passed away deserve to be remembered, but the vast majority of them will be quickly forgotten as the death toll grows.

Unfortunately, what we have witnessed so far is just the tip of the iceberg.  As humanity plunges into a very apocalyptic future, the death and destruction that we will see will be off the charts.

But for now, the total population of the world is still above 7 billion, and the global elite will continue to try to find creative ways to keep that number down.

Unfortunately, most people out there still assume that the global elite are looking out for their best interests, and that is a tragic mistake.