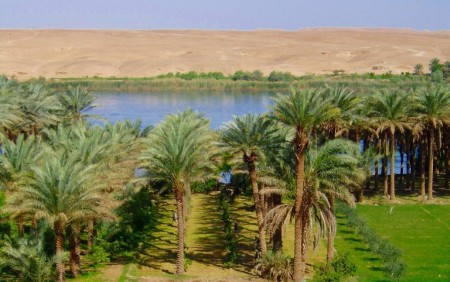 The Turkish government recently cut off the flow of the Euphrates River, threatening primarily Syria but also Iraq with a major water crisis. Al-Akhbar found out that the water level in Lake Assad has dropped by about six meters, leaving millions of Syrians without drinking water.

Two weeks ago, the Turkish government once again intervened in the Syrian crisis. This time was different from anything it had attempted before and the repercussions of which may bring unprecedented catastrophes onto both Iraq and Syria.

Violating international norms, the Turkish government recently cut off the water supply of the Euphrates River completely. In fact, Ankara began to gradually reduce pumping Euphrates water about a month and half ago, then cut if off completely two weeks ago, according to information received by Al-Akhbar.

A source who spoke on the condition of anonymity revealed that water levels in the Lake Assad (a man-made water reservoir on the Euphrates) recently dropped by six meters from its normal levels (which means losing millions of cubic meters of water). The source warned that “a further drop of one additional meter would put the dam out of service.”