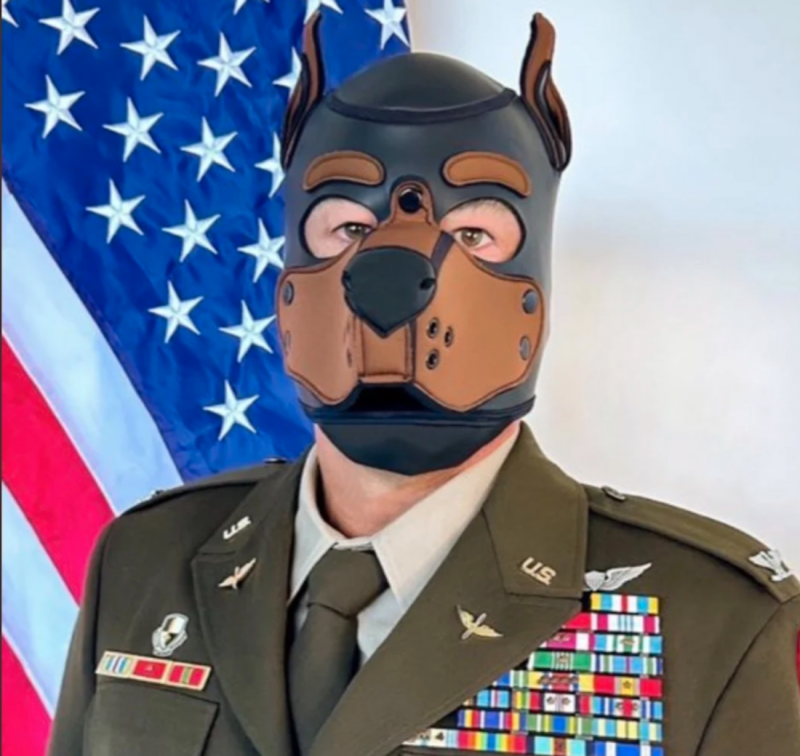 Our military may not be ready to fight a major war, but if “puppy play” is required we will be more prepared than anyone.  When I was growing up, I was proud to be the son of an officer in the U.S. Navy.  But now everything has changed.  These days, the U.S. military has become a politically-correct clown show, and as I detail in my brand new book, there is no way in the world that we could successfully handle a major conflict right now.  I believe that we are in the early stages of World War III, but instead of preparing to go head to head with Russia or China, our military is focusing on pride parades and diversity symposiums.

Once upon a time, the rest of the world feared our military.

Today, the rest of the world is laughing at our military.

In recent days, “disturbing photos” of U.S. military officers dressed up in “puppy play” outfits have gone viral all over social media…

The disturbing photos surfaced on social media last week. They show the officers, one colonel and one captain, flaunt their apparent LGBT relationship using anonymous social media accounts under the names “PupRavage” and “HonuPup.” The photos show the men engaged in an LGBT sex kink known as “puppy play.”

“Puppy play (aka pup play) is a form of consensual, adult role-play popular in the gay leather community, where people dress up and embody the characteristics of a dog,” Men’s Health magazine explains.

To wear such equipment along with your military uniform is a very serious violation.

But of course I sincerely doubt that the Biden administration will allow the offenders to be prosecuted.

Most of the photos that are spreading online are very graphic, and so I just can’t share them with this article.

Many children and young adults read my work, and I do not want them to be exposed to such material.

This is yet another sign of how far our nation has fallen.

I can’t even show you pictures of what our military officers are doing because they are too obscene.

Meanwhile, the Russians continue to prepare for a future conflict against us.  In fact, they just released video of an intercontinental ballistic missile that has been prepared for launch…

Video of an intercontinental ballistic missile (ICBM) on a silo launcher has been released by Russia’s defense ministry, and has been widely reported by the country’s media in an apparent warning to the West of Moscow’s nuclear weapons capabilities.

Komsomolskaya Pravda reported that the Yars missile complex which was loaded in the Kaluga region had the capacity that was “12 times greater than the American bomb that destroyed Hiroshima,” referring to the atomic weapon dropped on the Japanese city on August 6, 1945.

Russia keeps giving us these sorts of warnings, but our leaders are not taking them seriously.

I believe that the Russians released this new video in response to news that the U.S. would soon be giving Patriot missile systems to the Ukrainians.

Giving Ukraine such weapons represents yet another major escalation, and the Russians are openly telling us that those missile systems will be “a legitimate target for Russian strikes” even if U.S. personnel are involved in operating them…

Russia has responded Wednesday to the prior day report from Pentagon sources that the Biden administration is finalizing plans to send Patriot anti-air defense missiles to Ukraine, in what will constitute the longest range defense systems transferred from the West to date.

“The Kremlin said on Wednesday that U.S. Patriot missile defense systems would be a legitimate target for Russian strikes against Ukraine, should the United States authorize them to be delivered to support Kyiv,” Reuters reports.

The Ukrainians are also requesting other long-range missile systems, but so far the U.S. is resisting.

Because if the Ukrainians start lobbing long-range missiles at Moscow and other major Russian cities, all hell could break loose.

In fact, Vladimir Putin just warned that if even one long-range missile is fired at Russia, “hundreds of our missiles are in the air”…

Russian President Vladimir Putin on Friday once again drew international attention when he warned that if even one missile enters Russian territory, “hundreds” of warheads will respond.

“I assure you, after the early warning system receives a signal of a missile attack, hundreds of our missiles are in the air,” Putin said from a summit in Kyrgyzstan, Russian news outlet RIA reported. “It is impossible to stop them.”

For a moment, let’s imagine such a scenario.

If the Russians respond to a long-range missile attack from Ukraine by launching hundreds of their own, at least a few of those Russian missiles could be armed with tactical nukes.

The Biden administration has already indicated that the U.S. could respond to the use of tactical nukes by the Russians by launching some tactical nukes of our own.

And once tactical nukes start flying, it is just a matter of time before the big nukes are used.

We need to find a peaceful way out of this mess while we still can, but instead both sides just continue to escalate matters.  Earlier today, I was alarmed to see yet another video of soldiers with American accents on the front lines in Ukraine.  Unless we actually want this conflict to spiral out of control, they should not be there.

Most Americans don’t realize this, but at this point we are providing more of the money for this war than everyone else combined.  Our tax dollars are paying for all of this, and the amount of money that we are giving to the Ukrainians is just staggering.

The deeper we get involved in this conflict, the more difficult it will be to get out.

At this point, it certainly won’t take much to push things over the edge.

We are dangerously close to a full-blown war with Russia, and our politically-correct military is definitely not prepared for such a scenario.

But for the moment, the Biden administration is telling us that everything is just fine.  In fact, the White House is greatly celebrating because Joe Biden just signed “the Respect for Marriage Act”.

The White House is lit up rainbow tonight in celebration of President Biden signing the Respect for Marriage Act. pic.twitter.com/vDaydF4NZH

Right now, our government is filled with pride.

But of course pride cometh before a fall.

A day of reckoning is rapidly approaching for our nation, but most of the population still has no idea what is coming.