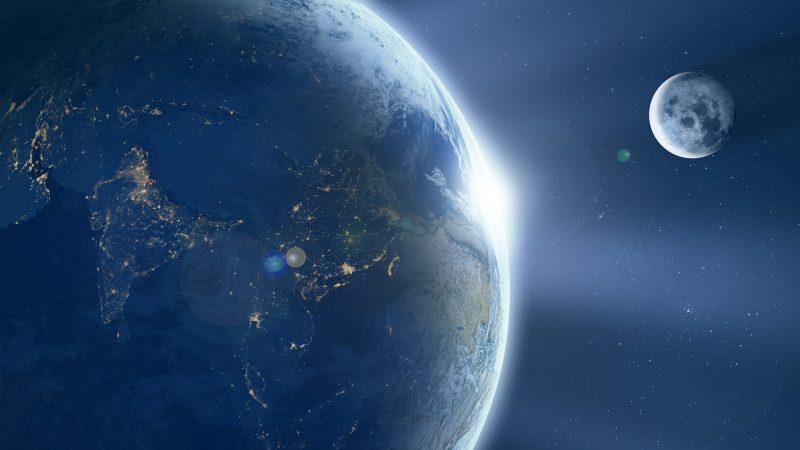 As you read this article, Christians all around the world are facing absolutely horrific persecution.  They are forced to work as slave labor in concentration camps in North Korea, they are being chased from their homes in some parts of India, they live in constant fear of Islamic terror attacks throughout vast stretches of Africa, and countless numbers of believers are suffering in secret brainwashing facilities in China right now.  No group is more persecuted all over the globe than Christians are, but there is very little outrage in the western world about this.  In fact, the corporate media will never tell you about most of the things that I am about to share with you.  To the corporate media, Christians are the main enemy of “progress” in the western world, and so pointing out the brutal persecution of Christians all over the planet definitely does not suit their agenda.

But the truth is that what I am about to share with you should be front page news.

For example, a survivor of the secret brainwashing facilities in China has come forward to tell his story.  The following comes from Radio Free Asia…

Authorities in China are detaining Christians in secretive, mobile “transformation” facilities to make them renounce their faith, RFA has learned.

A member of a Christian “house church” in the southwestern province of Sichuan who asked to be identified by a pseudonym Li Yuese said he was held in a facility run by the ruling Chinese Communist Party (CCP)’s United Front Work Department, working in tandem with the state security police, for 10 months after a raid on his church in 2018.

During the 10 months that Li Yuese was detained in one of these facilities, he was endlessly beaten because he would not sign a statement renouncing his faith…

“They use really underhand[ed] methods,” Li continued. “They threaten, insult and intimidate you. These were United Front officials, men, women, sometimes unidentified, usually in plain clothes. The police turn a blind eye to this. You have to accept the statement they prepare for you. If you refuse, you will be seen as having a bad attitude and they will keep you in detention and keep on beating you.”

Can you imagine what your mental state would be after being beaten for 10 months straight?

“I couldn’t sleep; after you’ve been in there a week, death starts to look better than staying there. I bashed myself against the wall to self-harm,” he said. “One time in there, I was groggy and was trying to open my eyes but I couldn’t. Four or five of them grabbed me by the arms and legs and pinned me to the ground. They they injected me with some drug, and brought me back to consciousness.”

Of course this is not the first time we have heard about these facilities.  According to another victim, some of the torture methods often employed include “cold showers in sub-zero temperatures” and “forcing inmates to carry large buckets of water around their necks”.

If you were tortured like this endlessly, would you sign a statement renouncing your faith so that you could go back to your “normal life”?

Sadly, this is all part of a nationwide effort by the communist party to diminish the influence of the Christian faith in Chinese society.  Online sales of Bibles have been banned, Christians are constantly being monitored, and churches are being demolished all across China…

Churches are being monitored and closed down across the country, whether they are underground or part of the Three-Self Patriotic Movement, the officially sanctioned Protestant church in China. The government has also imposed a ban on the online sale of Bibles and uses high-tech surveillance to oppress and monitor believers.

Other crackdowns on Christians have involved ordering Christians to renounce their faith and replace displays of Jesus with portraits of Chairman Mao and President Xi Jinping, as well as the ongoing demolition of churches.

Meanwhile, in the only other country that has a population of over one billion people, Christians often find themselves fleeing from their own homes because their lives are in danger.

For example, the following is from a report about an incident that just took place in the central Indian state of Chhattisgarh…

Christian families in a village in the central Indian state of Chhattisgarh fled after villagers belonging to a tribal religion ostracized and threatened to kill them if they did not convert back to their ancestral religion, but the 10 Christians who could not flee were beaten and forced to “reconvert,” according to a report.

“The village gathering (last month) threatened to beat us to death if we did not attend the ceremony,” Raidhar Nag, 21, who was among the Christians who fled Chhingur village in Chhattisgarh state’s Bastar District, told Morning Star News. “They stopped us from fetching water from the village well, obtaining the free government ration or even working in our own fields.”

I could do an article about global Christian persecution every single day if I wanted to, because more reports are constantly coming in from all over the planet.

The persecution of the end times is here, and as I discuss in my latest book, it is going to get a whole lot worse in the coming days.

Some of the attacks that we have witnessed so far in 2021 are extremely disturbing.  Last month in Venezuela, four Christians were brutally assaulted and forced “to eat pages of the Bible”…

A recent attack in Venezuela had four Christians beaten with sticks, cut many times with knives, and forced to eat pages of the Bible.

The four male believers were in a ministry-owned house when eight hooded men broke in, Open Doors UK and CBN News report.

The house in Libertador, a city in Mérida state, was ransacked.

One of the victims says the hooded men covered the believer’s faces and then began to beat and stab them.

How sick do you have to be in order to do something like that?

According to Open Doors USA, approximately 340 million Christians around the world “experience high levels of persecution and discrimination solely because of their religious beliefs”.

Unfortunately, the way things are going soon there won’t be anywhere on the entire planet where Christians are safe from persecution.

The United States was supposed to be a refuge for those that love religious freedom, but now things are changing at lightning speed.

At this point, our society has become extremely hostile to those that love God and that seek to live according to the Bible, and it won’t be very long before severe persecution of Christians starts happening here too.